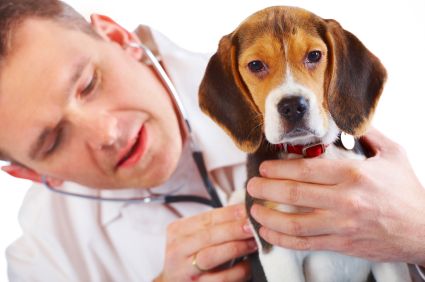 No the disease is not contagious, but as you can see from the advanced and quite chronic lyme rash pictures above – caused by the bites or bite from a tick or ticks you can see why it is important to get treatment for symptoms as soon as possible.

It is important to mention that some people mistakingly call the disease lymes – when it is actually called lyme disease.

As previously mentioned lyme disease is not contagious and can not be passed on to people or dogs through touch by air etc. It can only be passed on to you or your canine through you or you dog being infected with the bacterium Borelia Burgdorferi.

This bacterium is found in a tick’s gut and is normally transmitted to dogs or to people by the deer tick, but there has been some recorded cases of the disease being transmitted through bites from the American Dog Tick, the Lone Star Tick and even the Brown Dog Tick.

The tick will get infected with lyme disease or Lyme Borreliosis after it’s first or second feed after it has sucked the blood of an infected host. After the tick has contracted the disease it is now ready to infect people, dogs and other animals.

Some people claim that a tick will need to be attached and feeding on your or dog’s blood for 24-48 hours before it can transmit lyme disease, however a recent case came to our attention where a human was infected with the disease after it had only been attached and feeding for 2 hours on their blood.

All the pictures of rashes on this page are of the bullseye tick bite rash with some people under the false impression that you have to have a bullseye rash to have lyme disease. This is a misconception as the rash is not always present – but you can still have the disease. We have listed some of the first and later symptoms of lyme disease below.

It is important that you get advice from your Doctor during the early stages and at the sign of the first symptoms of lyme disease as if it is left untreated it can become more problematic sometimes disappearing for days, weeks, months and even years before they return.

So remember if you get asked is lyme disease contagious – the answer you should give is always NO.
We would like to say thanks to Jim wilson from www.canlyme.com for the use of the bullseye tick bite rash pictures.