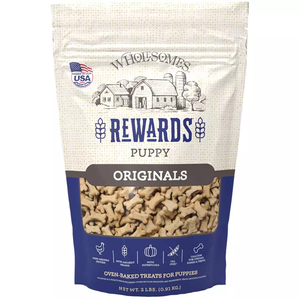 Disclosure: PawDiet may have an affiliate relationship with retailers featured (or linked-to) in this article. We are compensated for referring customers. Thank you for shopping with our retail partners!

The first ingredient is pea flour. Pea flour is made from roasted peas which have been processed into a powder. It's naturally rich in protein and dietary fiber.

The third ingredient is pork meal. Pork meal is produced by a process called rendering. In short, the rendering process involves cooking pork until the moisture level falls below 10%. By removing the moisture, we're left with a concentrated protein powder made with pork (i.e. pork meal).

Next we have dried whey. Whey is the liquid which remains after milk has been curdled and strained to manufacture cheese. Dried whey is mostly protein and therefore can significantly boost the reported protein percentage of the recipe.

Then we have pea starch. Pea starch is a gluten free carbohydrate derived from peas. Typically, pea starch is used as a binder in kibble.