A Guide to Anemia in Dogs 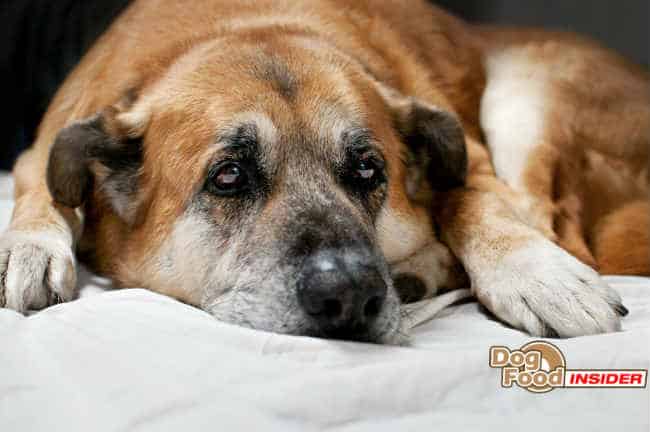 Anemia in dogs is a very serious condition and is caused by a deficiency in red blood cells (Erythrocytes) in the dog’s circulatory system. Most healthy dogs will have a concentration of between 39-60 percent red blood cells in the blood system however if this drops to between 37 percent then the dog will be diagnosed as having Anemia.

Red blood cells are produced by the bone marrow and will normally have a life span ranging from one hundred and ten to one hundred and twenty days. The Spleen also plays an important role by trapping the old red blood cells where they will be removed from the circulatory system. The whole process is then continued as the iron that they contain is used and recycled to produce new red blood cells (i.e. Erthrocytes).

Autoimmune hemolytic anemia (AIHA) is condition that occurs when the dogs body stops recognisisng it’s own blood cells and then starts to attack them. There are two types of the AHIA with the first type rarer and more serious. This type normally targets middle-aged dogs and larger breeds with the condition starting quickly. The symptoms will normally involve the affected dog developing jaundice (on the eyes and gums) and blood in the urine.

The more common type of AIHA is classed as acute but far less serious. The first signs normally develop over a couple of days with some breeds having a genetic predisposition to developing the condition i.e. Cocker spaniels. Affected dogs may start to become tired, weak and lethargic easily and the gums may appear pale in color. The abdomen may also appear distended with the liver and spleen also enlarged. The gums and eyes may also develop a yellow tinge. Dogs with this type do respond well to steroids.

Red blood cells have a vital role in keeping your dog alive and healthy as they carry vital oxygen around the dogs body including the muscles and organs. Blood is made up of a variety of complex components with each having a specific role. Red blood cells help to carry oxygen around the dog’s body and white blood cells help to fight any infection. There are many substances that are transported around the body via the blood including nutrients, waste products and hormones. Interestingly medication can also be transported via the blood to the cells. Of course as we already know certain disorders of the blood can cause a range of different health problems so a dog that has a limited supply of white blood cells may be more prone to infections and a dog that has too few red blood cells may develop anemia.

The Symptoms of Anemia in dogs

Symptoms of Anemia in dogs can include tiredness, weakness and loss of appetite. Due to the lack of oxygen reaching the mucous membranes in the gums and tongue their color can change from pink to a pale white.

If the condition has become really serious then the affected dog may develop a rapid pulse and a faster respiratory rate. This can become so serious that the dog collapses through exertion. The dog may also develop a heart murmur (which can be diagnosed through a physical examination).

There are many causes of Anemia in dogs (all covered on this page) including blood loss (through trauma or internal problems), lack of red blood cell production and through a condition known as Hemolysis.

It is not always caused by an injury or trauma (i.e. being hit by a car) as the bleeding and blood loss can occur inside of the dog’s body. Some of the most common causes of blood loss can be through gastro-intestinal bleeding, parasites, tumors, hookworms, Fleas and through duodenal ulcers.

Treatment for this cause of Anemia should focus on the specific cause – so if gastro-intestinal bleeding is suspected then the stools can be examined for spots of blood. The urine also be checked for any signs of blood (Urinalysis).

Hemolytic Anemia or Hemolysis occurs when the normal process of red cell breakdown is speeded up. Bile and hemoglobin are produced when the red blood cells are broken down – however when a dog is experiencing a really bad case of hemolysis the bile and hemoglobin can start to build up in the dog’s body.

Symptoms of a dog experiencing a really bad case of hemolytic crisis can cause the liver and lymph nodes to swell and become enlarged. The dog may also experience jaundice and hemoglobinuria (a condition that causes the urine to become dark brown in color due to the build-up of hemoglobin).

This is a common cause of Hemolysis (as discussed above). The condition is caused by the dog’s own antibodies attacking the antigens that are found on the surface of the dog’s cells – causing the red blood cells to be destroyed. As the cells start to weaken they can then become trapped in the dog’s spleen.

Although the condition can affect any breed it is more common in Cocker Spaniels, Old English Sheepdogs, Poodles and Irish Setters. Interestingly females are four times more likely to be affected with the average age of onset between the age of two and eight years old.

Treatment for Immune-mediated Hemolytic Anemia in dogs is normally through Corticosteroids and Immunosuppressants to help prevent further red cells from being destroyed. In serious cases the affected dog may need a blood transfusion or have the spleen removed through surgery (known as a Splenectomy). This is a serious condition and even with medical treatment over forty percent of dogs will succumb to the disease.

Sometimes a puppy is born with an inherited abnormality affecting how the puppy’s red blood cells are structured (which can lead to the cells being destroyed). Another condition that results in a deficiency in a specific enzyme (Phosphofructokinase deficiency) can cause changes to the Ph of the red blood cells leading to hemoglobinuria and also causing the red blood cells to fragment. This condition (Phosphofructokinase deficiency) is more common in some breeds including Cocker Spaniels and English Springer Spaniels. There is currently no treatment for Congenital Hemolytic Anemia.

Another cause of Congenital Hemolytic Anemia in Dogs is through an enzyme deficiency (known as Pyruvate Kinase deficiency) that can lead to the death of the dog by the age of three. Some breeds are more predisposed to the condition including Beagles, West Highland Terriers and Basenjis – the average age of onset is between the age of two – twelve months of age.

Although Iron, Fatty acids, vitamins and minerals are all present in the dog’s red blood cells it is possible that a lack of these can lead to red blood cells not being produced (although this is quite rare as most commercial dog foods incorporate these vitamins and minerals in their ingredients). If the Anemia is caused through an Iron deficiency this basically means that iron is being lost faster than it can be replaced through what your dog is eating (i.e. diet). As previously mentioned an Iron deficiency can caused by gastro-intestinal bleeding and a severe infestation of parasites (i.e. fleas, mites, ticks and lice).

Anemia and bone marrow depression can also be caused through the red blood cells becoming depressed through certain estrogen and chemotherapy drugs including Sulfadiazine-trimethoprim, Quinidine, Butazolidin, Thiacetarsamide and Chloramphenicol.

Below are three videos of Dylan’s journey before, during and after treatment for Autoimmune hemolytic anemia.

The first video was filmed just before Dylan was diagnosed with Autoimmune hemolytic anemia (watch how playful and happy Dylan is).

The next video of Dylan was filmed when he was at his lowest point. Dylan now finds it hard to walk and everything seems to be a struggle.

In this final video Dylan has been treated with Prednisone and appears to have made some improvement. However, Dylan’s owner does acknowledge the side effects that can can develop as a consequence of taking this steroid.

Dog Health Problems Online > A Guide To Anemia In Dogs