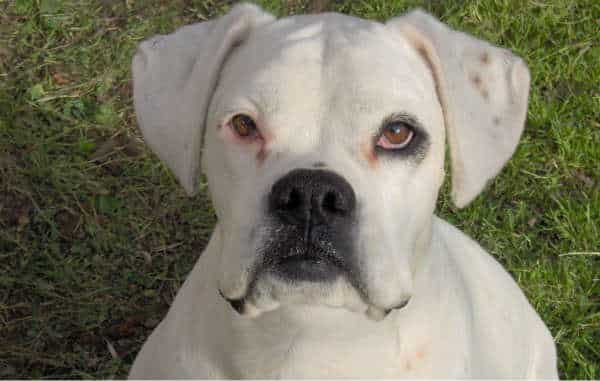 Canine Hepatitis (Infectious) is a viral disease that primarily affects one of the most important organs in a dog’s body (the Liver). In fact it is thought to be one of two of the most common causes of liver infection in dogs (the other being leptospirosis). This serious condition was first recognised in 1947 and is caused by a specific virus called the CAV-1 or canine adenovirus type 1.

It is worth mentioning that canine hepatitis is a particularly rare health condition that primarily affects young puppies (below the age of one year old) and dogs that have not been vaccinated against this highly contagious infectious disease.

What are the symptoms of Hepatitis in dogs?

The most common symptoms of canine hepatitis can vary depending on which type the affected dog develops i.e. the mild or fatal form, but the symptoms can include…

1. A seriously high temperature is a common symptom associated with the disease. In fact in the later stages of the condition (when it can be fatal) a dog can develop a fever as high as 106 degrees Fahrenheit.

2. If a dog has developed mild hepatitis then the symptoms are far less severe with the normal signs simply being lethargy and loss of appetite. The milder form may also lead to the lymph nodes becoming enlarged.

3. If a dog or puppy has developed the fatal form of the disease the symptoms will normally appear very unwell with bloody diarrhea. The fatal form of the virus can then lead to the dog collapsing and dying within a very short time (in fact a dog can perish in as little as a few hours).

After a dog has become exposed to the CAV-1 virus it will start to multiply inside the affected dog especially in the dog’s bodily tissues. The virus is then passed out in all bodily secretions (including the urine, feces, saliva) and is highly contagious to other dogs even within these secretions. It is also very important to mention that even after a dog has recovered from the condition he or she can still infect other dogs through contaminated saliva, poop and urine for as long as nine months after the condition has disappeared.

As previously mentioned the hepatitis virus primarily attacks the liver but it will also affect the kidneys and even the lining of the blood vessels. This condition can progress rapidly going from a relatively minor infection to a disease that is easily fatal to unvaccinated dogs.

A dog with hepatitis will look like he or she has been poisoned. for example, alongside some of the previous symptoms mentioned, a dog can also develop bruising on the gums, abdominal pain, convulsions and before long slip into a coma.

If a dog develops chronic hepatitis then there is the possibility that due to complications resulting from clumps of virus and antibodies circulating in the bloodstream this can lead to glaucoma, pyelonephritis (a kidney infection) and also a condition known as disseminated intravascular coagulation.

How is canine hepatitis diagnosed

This serious health condition is often diagnosed through a vet’s examination of the physical clinical symptoms and laboratory findings. The disease can easily be diagnosed through blood tests and blood sugar (glucose) and lymphocyte counts (each of these counts should appear lower than normal).

The virus can also be isolated after a vet has taken samples from throat swabs, feces and the urine. It is important that these tests are conclusive as the symptoms of hepatitis are quite similar to leptospirosis. A vet can also get a fairly accurate diagnosis through testing the antibody levels (these should be measured on an initial basis and the ten to fourteen days later). If the level increases then this will show that the affected dog does have the hepatitis virus.

How is canine hepatitis treated or prevented…?

Puppies will normally aquire protection from the disease through antibodies passed via the mother in the colostrum (the first milk given to a puppy after birth). However the level of protection will decrease in puppies as they develop leaving the susceptible to infection.

It is also important that all dogs are vaccinated against the disease but if dog does become infected they will need urgent veterinary treatment and may need to be admitted to hospital for more intensive treatments.