Bullseye Tick Bite (a complete guide), With info on Ehrlichiosis. 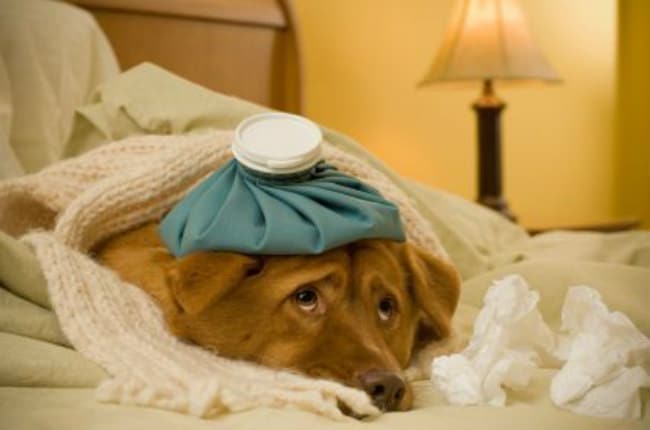 Lyme disease and the classic bullseye tick bite rash shown in the pictures above – is passed on by bites from the Deer Tick – see photo (on the right). Although the rash is often a symptom of lyme disease it is possible to get the disease without getting the rash – or to give the rash it’s scientific name erythema migrans.

There are many situations where people or dogs have been misdiagnosed due the fact that that some people are under the impression that the rash is always the size of a silver dollar – but this is simply not the case and the rash can not only vary in size but can also appear in several places at the same time. One of the most dangerous myths connected to this type of bite is the fact that people have been diagnosed as not having lyme disease as they don’t have the rash – this is not true – you can still have the disease without the rash.

We have included some symptoms of lyme disease below…

Symptoms of lyme disease is quite similar in humans as it is in dogs. Below we have provided some tick bite symptoms that may indicate that you or your dog, puppy or pets have lyme disease.

On the left you can see a variety of different areas on the body where the rash can develop. If you do think you have been bitten and develop any of the symptoms described on this page then you should seek medical attention.

It is worth mentioning that the classic Bullseye Tick bite rash (although fairly common in people) is very rare in dogs (and other pets). In fact it is far more common for dogs to develop some of the health problems listed below (associated with Ehrlichiosis, a tickborne bacterial infection).

Dogs that do develop Ehrlichiosis can also develop swollen testicles and Lymphadenomegaly (a condition that causes the lymph nodes to swell).

Take a look on the right for a list of other common health problems associated with an Ehrlichiosis infection.

Another health problem to affect dogs is known as Rocky Mountain fever (spread by a variety of ticks carrying the organism Rickettsia rickettsia). This is also known by its scientific name (Canine Rickettsiosis) and can lead to pain, vomiting, diarrhea, fever, anorexia, depression, enlarged lymph nodes and neurological problems.

1. The Deer Tick (as you can see in the picture above) is a common carrier of the bacteria (Bacteria burgdorferi) that transmits Lyme Disease.

3. Ehrlichiosis can cause a red rash (but this is rare).

4. In some cases dogs that have developed Ehrlichiosis can have episodes of bleeding. This can cause brusing and even nose bleeds.

5. The episodes of bleeding are caused by the Platelets being attacked which causes problems with clotting.

The American Dog Tick can also cause a very serious condition called ‘Tick Paralysis’. This is caused by the Tick injecting poison into the dog’s bloodstream which then interferes with the nerves and muscles. Tick Paralysis normally starts with the back legs and then moves through the body before it starts to affect the front legs.