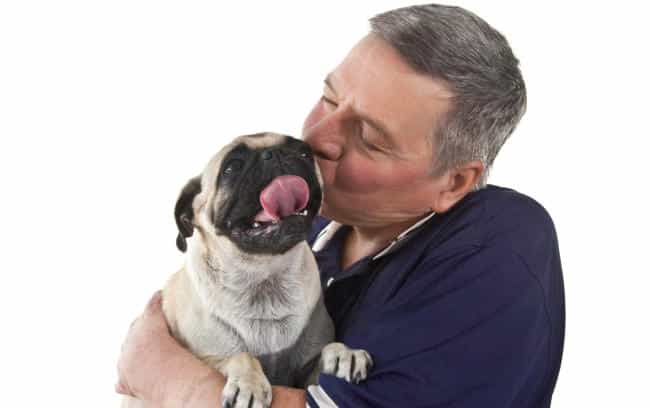 For your canine cataracts is a debilitating and miserable condition. This condition leads to opacity of the eye lens (this is the characteristic white cloudy appearance that you see in dogs that have developed this problem – basically your dogs eyes will lose their transparency looking grey or white rather than the normal black color). The condition can start slowly and can take some time before it is really noticeable.

This condition will initially cause your dog to have reduced sight but as it worsens your dog will lose vision completely. Although the majority of dogs that develop this problem are older there is also a huge amount of dogs that inherit this condition (i.e. the disease has already been determined through the gene pool).

Congenital or juvenile cataracts is seen in many breeds including Golden Retrievers, Poodles, Huskies, Labrador Retrievers, West Highland Terriers, Boston Terriers, Bichon Frises and Old English Sheepdogs (in fact it is seen in as many as 75 different breeds).

Congenital cataracts will normally develop in dogs under the age of six and it is more common for both eyes to be affected (although this might not mean that both eyes are affected at the same time). Recent research and studies are developing a method where dogs with this condition can be genetically tested to see if they are likely to pass it to their offspring but it is not available yet.

Breeders are often able to prevent offspring from developing the condition by only breeding dogs that do not have the gene.

Acquired canine cataracts normally develops as your dog gets older (similar to humans). It can also occur as a result of other problems including Uveitis. Uveitis is when the iris becomes inflamed leading to the eye lids closing and producing watery discharge – this will lead to the iris looking very dull with the pupil able to respond to light.

Diabetes is another cause of cataracts in dogs and can develop in a matter of a few weeks – so if your dog is diabetic it is vital that you get regular check ups from the vet – make sure that you examine your dog’s eyes too as you will normally be the first to notice any color change or cloudy appearance.

It is also important to mention that there is a type of eye problem called nuclear sclerosis that has similar symptoms to cataracts but does not cause any loss of vision (which you can see in the photo above). Nuclear Scleoris will normally have a blue tinge as opposed to the white cloud often seen with canine cataracts.

One of the most common causes of canine cataracts is known as ‘senile’ cataracts. This simply refers to when a dog has developed the condition through old age – and is a leading cause of blindness in dogs aged six up to eight years of age.

The condition will normally start in the centre of the eye lens and will gradually spread outwards (until the eye is opaque). At this stage the cataract is fully matured and your dog’s sight will be badly affected. Apart from the obvious symptoms (i.e. the white cloudy appearance) you may also notice that your dog bumps into objects around the House or struggles to recognise family members.

If you think that your pooch is developing eye problems try and make it easier for him or her to negotiate around the House (try and imagine how you would manage if you had vision problems). Take a look at our ‘Top Tips’ on the right.

Treatment Although some experts highlight the possible benefits of nutritional therapy (including the use of antioxidants) the only known cure for canine cataracts is through surgery (similar to the surgery undertaken on humans).

It is also important to mention that not all cataracts needs to be removed through surgery – if your dog’s sight is only marginally affected then surgery might not be necessary. However, if your dog is having problems finding his way around and it is causing significant problems in your pooches day to day life then surgery may have to be undertaken.

If surgery is performed it can always carry risks (as any surgical intrevention can). The method used to correct canine cataracts is through a process called Phacoemulsification the eye lens is removed and then replaced with an artificial lens (this procedure is known as Intraocular lens replacement).

If your dog has cataracts

1. You should start by attaching a leash to your dog and guiding him around the property on a regular basis. This will enable your dog to become more familiar with his surroundings so that if his vision does deteriorate to such a level where he is blind he will have some idea on how to negotiate his way around the property.

2. Try to keep things around the property the same. So don’t move furniture around and always feed your dog in the same place. Imagine how you would feel if your sight had deteriorated. By keeping things the same then this will only make it easier for your pooch when he negotiates his way around the property.

3. Speak to your vet about what you should feed your dog. Some experts feel that dietary fiber can help control your dog’s blood sugar levels which may reduce the chances of your dog developing Cataracts.

A holistic approach to treating Cataracts in dogs

There are numerous homeopathic remedies to treat this condition…

Calcarea carbonica 6c… This treatment is often used for dogs that are overweight and lazy.

Phosphorus 30c… is often used for cases that are long standing.

Cherry Eye: Discover the symptoms of this condition which is caused when the tear gland becomes prolapsed.

Glaucoma: Caused by a build-up of watery plasma in the eye. This serious condition can quickly lead to blindness.

The Chinese believe that the emotional and mental state of an individual is reflected in the eyes (this is referred to as their ‘Shen’). So take a close look at your dog or puppy’s eyes to see if they still sparkle with life.

A very interesting condition known asLenticular sclerosis can occur as dogs get older. This condition can make your dog’s brown eyes seem blue. This happens because as a dog ages the fibers in the eye lens start to get denser which reflects light differently (leading to the eyes looking more blue than brown). Although this condition does not affect a dog’s vision you should still get the eyes checked to make sure that all is ok.