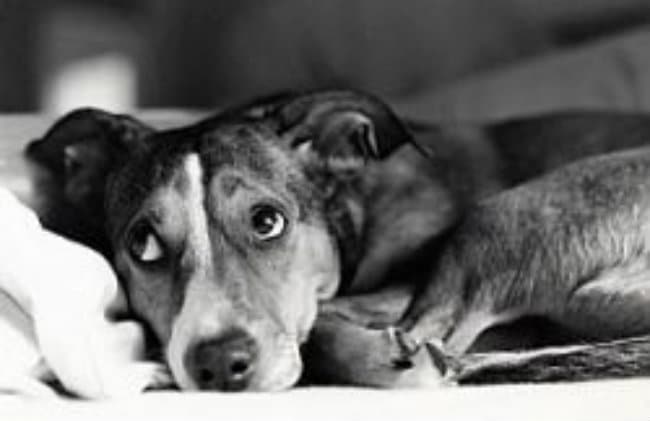 Canine vestibular disease (or syndrome) is the relatively new term that is now used to explain Strokes. This condition is considered a balance disorder as the term ‘vestibular’ simply refers to the part of the dog’s nervous system that helps to orientate a dog to it’s surroundings. To enable a dog to be able to balance their body, head and to be able to walk and move in a coordinated manner each and every dog needs to have a fully functioning and health central nervous system.

How does the vestibular system work?

The vestibular system starts with the a dog’s head and the position that it stays in when a dog is walking or stationary. Important information regarding the position of the head is actually sensed by important structures that are located inside the inner ear. This information is then transported by a nerve known as the vesibular/cochlea to the brain. At this point information regarding linear, acceleratory, declaratory and angular movements us relayed to other areas of the brain (this results in the dog being able to walk and move in a balanced manner).

The cerebellum also plays a vital role as it is the part of the brain that controls coordination of movement so of course if there are any problems such as infection or abnormalities within the cerebellum this can have a disastrous effect on the dog’s ability to move and function in a coordinated manner.

What are the symptoms of vestibular disease?

1. Canine vestibular disease can cause a slight tilting of the head.

2. The condition may also cause the affected dog to stumble, walk in an uncoordinated manner, trip over, fall or veer off to one side.

3. The affected dog may also be disorientated and have rapid eye movements.

A dog affected by the condition may also experience weakness. The earlu symptoms of canine vestibular disease can include vomiting and bouts of nausea. If a dog develops facial paralysis then eating may become a problem and the affected dog may also start to drool.