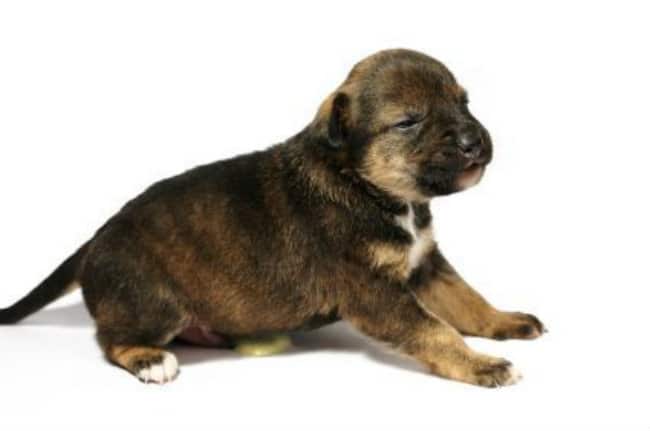 We have split the Distemper symptoms into stages to make it easier for you to see how the disease progresses. Eighty percent of cases of Puppy Distemper will lead to death and it is one of the most deadly neurological disorders (when the disease reaches the brain) that there is.

The Distemper virus will normally start in the Bronchial Lymph Nodes before it infects the blood stream. It is normally during the third day up to the eighth day that the first signs of a fever will show – symptoms will include…

The next stage of the disease will cause respiratory and gastrointestinal issues – the Brain and Spinal Chord may also become inflamed – this is commonly referred to as Encephalomyelitis – your dog’s foot pads may also get thicker and lesions may appear on the abdomen.

As the disease progresses (when it starts to affect the brain) your dog may start to develop neurological problems. The neurological symptoms may not start for weeks or up to a few months after first exposure to the disease – however the disease can sometimes run its course in a significantly shorter time sometimes as little as ten days. The symptoms during this stage can include…

The symptoms of Puppy Distemper can include…

There is no effective medication that can cure the disease – secondary problems like diarrhea, vomiting and dehydration can be treated but if your puppy develops neurological problems associated with Encephalomyelitis then your pooch will need to be put to sleep – it would be the kindest option.