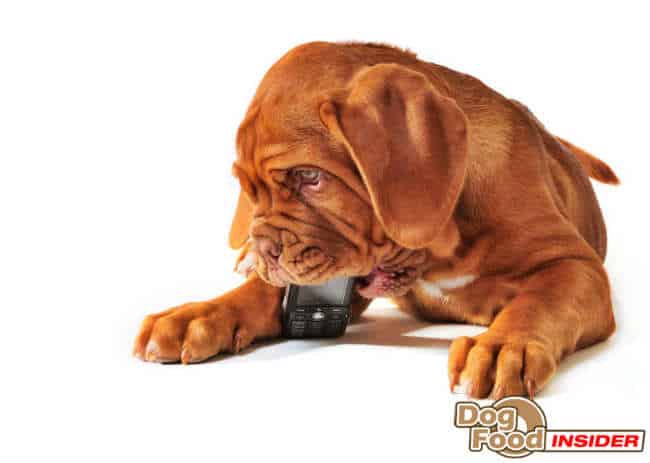 Liver cancer in dogs is actually fairly rare with the condition affecting less that 1 1/2 percent of dogs. However, having said this it is more common for the disease to metastasize in the liver (basically meaning that it started somewhere else possibly in the spleen, pancreas or gastrointestinal tract and then spreading to the liver). This is also known as metatsatic cancer (more on this below).

Although it is rarer than cancer that spreads to the liver ‘primary’ cancer can start developing in the liver due to the organ possibly filtering blood containing cancer cells.

Primary cancer of the liver refers to a tumor or ‘hepatic neoplasia’ that has developed in the organ – there are different forms of tumors that affect the liver including hepatocellular carcinoma (malignant), hepatocellular adenoma (benign) and hepatoblastoma (malignant). It is also possible for tumors that have developed in this organ to spread to other areas within your dog including the lungs, spleen, kidneys, lymph nodes or pancreas.

Secondary cancer of the liver or metatastic liver cancer in dogs as previously mentioned is where the disease has spread from another infected area (i.e. other infected organs). One of the reasons for this is that as the largest organ in your dog’s anatomy responsible for filtering your dog’s blood it is easily targeted via cancer either spreading through the lymphatic system or via the blood.

What Does Liver Cancer Actually Do In Dogs?

The liver is largest organ inside your dog’s body and beside from producing bile which supports your dog’s digestive system it also regulates the how carbohydrates are stored within your dog’s body. The liver also helps with the mobilisation of body fat and is used to detoxify and excrete toxic substances.

It is important to mention that 80% og your dog’s liver cells will need to die before the liver stops functioning.

Liver Failure And Disease In Dogs

There are a variety of causes of the disease including second hand smoke (just like in humans), enviromental factors i.e. pesticides & insecticides.

Some chemicals can lead to disease including lead, selenium, arsenic, phosphorus and iron.

Did you know that some medication is thought to also cause liver disease including….

It is also important to keep a close eye on your dog when you walk him as there are certain fungus’s and mushrooms that can be very problematic to the liver. Ragwort which is notoriously bad for horses is also very bad for dogs.

Symptoms Of Liver Cancer In Dogs

The signs and symptoms of the disease are quite difficult to detect mainly because they are fairly indistinct. However, as the disease becomes worst it will start to show more noticeable symptoms including…

1. Vomiting – sickness and nausea are one of the symptoms of the disease as it starts to progress.

2. Your dog might start to lose his appetite which will also lead to a loss of weight.

3. Your dog might also start to bleed internally leading to Anemia. Anemia might also be caused by the lack of appetite and proper nutrition. Take a look inside your dog’s mouth as pale gums are also a sign of Anemia.

4. Liver cancer in dogs can also cause jaundice. This is caused by bile building up withing your dog’s body which will start to stain any body tissue yellow. To determine whether your dog has developed jaundice take a look at your dogs eyes, inside the mouth at the gums and at the inside of the ears as they may appear yellow.

5. Your dog might also start to urinate more often or have excessive thirst.

6. Take a closer look at your dog’s stools as they might have blood in them – this is a sign of possible internal bleeding.

7. Your pooch might also experience Ataxia this refers to problems that have affected the nervous system leaving your dog with a lack of muscle coordination.

8. It is also possible that toxins start to build up in the blood leading to a condition known as hepatic encephalopathy and it can be fatal. One of the toxins that is normally removed by a fully functioning liver is ammonia – however with hepatic encephalopathy this continues to build effectively poisoning the brain. This can lead to disorientation, problems with muscle coordination, drooling and behavior changes.

9. Your dog might appear weak and experience seizures – this is also as a result of liver encephalopathy.

10. Another symptom of the disease is where fluid has started to build in the peritoneal cavity (this the gap between the walls of the abdomen and the organs in the abdomen.

This disease is normally diagnosed through a variety of methods. For example it is more common with a dog that has developed a tumour to have elevated liver enzymes, have a higher platelet count in the blood and have an elevated white blood cell count.

Another factor often discovered through diagnosis is a deficiency in red blood cells. For the above to be diagnosed the vet might use a variety of methods including X-rays, Ultrasound and through CT and MRI scans. The vet might also take a biopsy from a tumour (the vet will use a fine needle that will be guided through using ultrasound. Tissue samples can be taken but this is far more invasive – this procedure is called a laparoscopy (the removal of cells for examination).

Treatment For Liver Cancer In Dogs

The treatment for primary liver cancer in dogs that has not spread to other organs might involve the removal of the tumour. If all of the cancerous cells are effectively removed then it is possible for your dog to live for several years. If however the disease has spread to other organs then the prognosis is not good.

Chemotherapy and radiation therapy can also be used in the treatment of the condition however these can cause there own side effects. It is important that any secondary symptoms are treated by the vet – including pain relief and anything that can alleviate symptoms such as vomiting and diarrhea etc. It is important that your dog’s life is made as comfortable as possible after diagnosis of the condition – to make the last weeks or years of your dog’s life as comfortable as possible.