The Lungworm Danger to Dogs in the U.K. 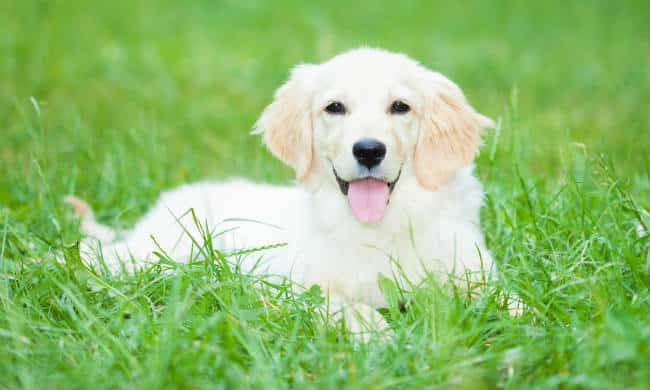 Over the past few years dogs in the U.K. have faced a growing threat to their health from lungworm, a previously rare parasite associated mainly with slugs and snails. As the weather warms, the danger to your dog increases, especially if you travel around the country and to the Continent or if you live in lungworm “hotspots” such as London and southeast England or southern Wales. Normal worming precautions will not protect your pet against lungworm and puppies are particularly at risk. So just what is lungworm and what can you do to protect your pet?

Quick Facts About The Lungworm

The lungworm or French heartworm (not to be confused with the heartworm with which most dog owners are already familiar) is a parasite — Latin name Angiostrongylus Vasorum — whose larvae can be hosted by snails, slugs and frogs. If a dog ingests these larvae they can be absorbed by the lining in the animal’s gut. Once in the bloodstream and lymphatic system, the larvae make for the heart where they grow to maturity as adult worms. After about four weeks, an mature worm releases eggs back into the bloodstream. Once hatched, these can cause pneumonia as well as haemorrhaging in the eyes, spinal cord, intestines and liver. Larvae in the lungs, meanwhile, will make their way up to the trachea, thus triggering a persistent cough. From a dog’s throat, the lungworm larvae will enter the animal’s digestive system and then its faeces, which thus provide a means for the parasite to spread to other animals and for the cycle to begin again.

Some Dogs Are more Susceptible Than Others

Outdoor dogs are most susceptible, but even indoor dogs who spend any amount of time outside are vulnerable to the parasite. If a dog sniffs or licks at a slug or snail trail, or if it eats a slug or snail itself, the animal puts itself at risk of infestation by the larvae. Lungworm infestation may also result from a pet drinking water which has been tainted by snails or slugs. Dogs cannot pass the larvae directly from one to another, but puppies may acquire the larvae from licking their mothers. Moreover, as the larvae can be found in the faeces of other canines and even foxes, dogs may acquire an infestation from ingesting these. In warmer climates, mosquitoes have even been known to spread lungworm larvae.

Symptoms Of Lungworm In Dogs

What are the symptoms to look out for? Breathing issues are often the telltale sign of an infection. Does your pet have a chronic cough, heavier than normal respiration or difficulty with breathing? Lethargy is another common symptom and often dog owners with an infected pet will notice that their dog has difficulty with exercise or that a usually active pet is reluctant to exercise. In these cases, weight loss may be an associated symptom. Another common sign of a lungworm infestation is a dog’s susceptibility to bleed easily, as the larvae in the animal’s bloodstream can make coagulation difficult. Further symptoms may include poor coordination, obvious spinal pain and even, in especially serious cases, fits and paralysis. If you notice any of these, you should take your pet in for a checkup as soon as possible.

A veterinarian will usually inspect your dog’s faeces under a microscope to see if lungworm larvae are evident. If lungworm is suspected yet larvae can’t be found in the faeces, a vet may resort to a chest x-ray, an examination of the animal’s blood, or an inspection of fluid from a tracheal wash. Early treatment of the parasite is quite straightforward, simple and non-invasive. One treatment, for example, involves a solution to be applied to the animal’s neck. Another is an orally-administered anti-parasite drug. If a severe reaction has occurred, a vet may prescribe corticosteroids. Follow-up inspections will be needed at around two and four weeks to ensure that the parasite’s cycle has been interrupted and that your dog is free from lungworm. Once treated, dogs respond well, with most recovering completely.

How To Protect Your Dog From Lungworm

What can you do to protect your pet from lungworm? Firstly, it should be remembered that lungworms are not common heartworms and, thus, normal worming tablets offer no protection for your dog. Vigilance is key to safeguarding your animal’s health. Try to monitor your pet as much as possible when outdoors and remain especially watchful with your dog around either slug and snail trails or the faeces of other animals. Meanwhile, try to keep your garden free from slugs and snails and any standing water which may harbour them. And if you suspect your dog has come into contact with snails or slugs and is exhibiting any of the symptoms listed above, don’t hesitate to take your pet to the vet. As as is the case with so many afflictions, the earlier the treatment, the better the prognosis.