The Dog Owners Guide To Rabies in Dogs 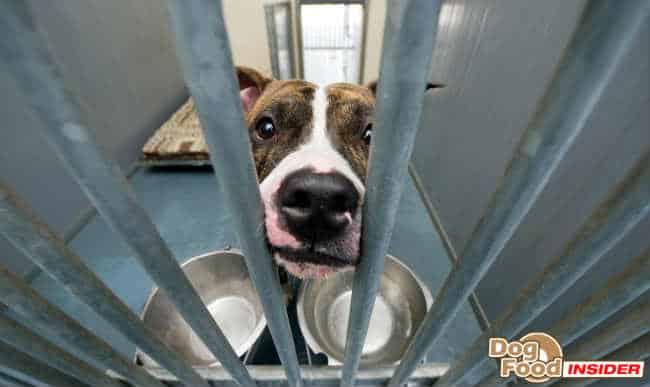 Rabies in dogs is a horrific and fatal disease that can cause a variety of very unpleasant symptoms in dogs (it can also infect humans).

After your dog has been bitten the virus (present in the infected dog’s saliva) will pass through the nervous system and into the brain.

There are three stages that an infected dog will experience after being infected by the Rabies virus.

The ‘Prodormal Stage’ Of Rabies In Dogs

The prodormal stage will normally last around 2 to 3 days where dogs that are normaly placid and relaxed might become aggressive, ferocious, unpredictable and extremely dangerous. However in dogs that are normally snappy or aggressive the reverse will happen where they may seek human companionship and appear unusually affectionate. Other symptoms can include a fever, nervousness and anxiety.

The ‘Furious Stage’ Of Rabies In Dogs

The furious stage will normally last from 1 up to 7 days. During this stage of the disease your dogs might be highly susceptible to noise and light. Dogs also become restless and may start to roam. During this stage dogs are very unpredictable and can be extremely dangerous if they come in to contact other animals or humans. If a dog has been placed in a cage it is common for them to attack the sides of the cage.

The ‘Paralytic Stage’ Or ‘Dumb Stage’

This is the final stage of the disease which will result in your dog developing physical changes as a result of the brain becoming inflamed through Encephalitis. Your dog will have problems swallowing and may start to salivate, drool with the jaw becoming fixed in placed. The infected dog might start to cough with the final stages paralysis, respiratory failure and death.

The current method for determining whether a dog has been exposed to the deadly virus is through the brain being examined after death through a microscopic examination. There are new methods including diagnosis through blood tests but these are in the early stages of research and are not currently being used on a routine basis.

What Is The Current Treatment For Rabies In Dogs?

There is currently no treatment or cure for the disease and if a dog or animal becomes infected by the disease death is inevitable. The disease is also deadly in humans (although some people have survived the disease – one person in 2005 was the first person to survive through the use of the Milwaukee protocol – this is currently in it’s experimental stages and is a course of treatment to treat the virus after exposure).

With rabies in humans the disease will normally start to exhibit symptoms within 2 up to 12 weeks but it is also possible for the disease to take years to show symptoms.

The best way to prevent your dog from developing the disease is to get your dog vaccinated. This is vital and is mandatory in all states within the United States. However it is currently estimated that 50% of all dogs have not been vaccinated against the disease.

The current vaccination time table to protect dogs from being infected will start with puppies being initially vaccinated at the age of three to four months, and again at one year of age, again a year later and it is considered a good idea to vaccinate your dog again after three years.

It is very important that if your dog has been bitten by a wild animal or bat that you assume that they have been carrying the virus. If a dog that has not been vaccinated against the rabies virus then the public authority will normally request that the dog is put to sleep. However, if a dog has been vaccinated it will need to be kept under close supervision for a period of forty five days. If the owner of a dog that has been bitten by a wild animal and the dog has not been vaccinated against the disease and the owner refuses to have his or her dog put to sleep then the dog will need to be kept in isolation for a period of six months.