The Dog Owners Guide to Whipworms in Dogs 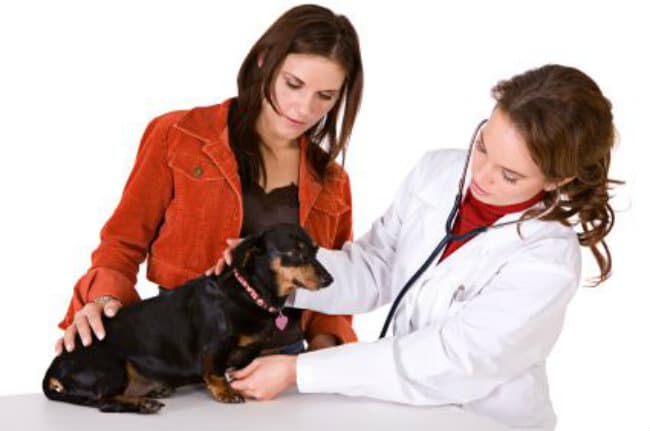 Whipworms in dogs is fairly uncommon – these parasites can grow to a length of 5 cm (2 inches) and live in the dog’s large intestine. The shape of these worms taper towards the head with the rear end slightly wider.

Causes Of Whipworm In Dogs

A dog or puppy will become infected with whipworms after they have ingested the larvae – it is more common to see the larvae in dirty dog kennels. Larvae and eggs can also be found in many other areas often where dogs have been walked or played. So gardens and parks are a common hiding place for the worms. It is also important to mention that the eggs can survive on the ground for anything up to five years. For this reason alone it is vital that you always collect and dispose of any poop that your dog has excreted when taken for a walk.

Symptoms Of Whipworms In Dogs

After the larvae have been ingested they can cause a variety of symptoms including diarrhea. Other symptoms that your dog or puppy might exhibit can include weight loss and a straining when attempting to poop. It is very important that you take your dog to the vet if you suspect your pooch has been infected as the worms will continue to multiply inside your dog or puppy’s body causing a multiple of symptoms including blood in the diarrhea, disease and a bad case of whipworm infestation can even be fatal.

Diagnosis… Diagnose of whipworms can normally be achieved through the feces being closely examined.

Treatment… Whipworms can be effectively treated through worming medication being prescribed.

Life cycle… As previously mentioned the whipworm eggs will be ingested by your dog or puppy (the eggs might have been on the carpet, garden, park or even on previously used plates or toys. The larvae that are inside the egg and will not hatch until inside your dog or puppy.

The larvae will then hatch after being swallowed and will travel inside your dog;s body until they imbed themselves to the intestinal wall and the cecum (this is the first part or the beginning of the large intestine). The eggs can then be passed out in the poop to continue the life cycle.

A Guide To Hookworms In Dogs

Hookworms are a particularly nasty blood sucking parasitic worm. After they have been ingested by the dog or puppy they will attach themselves to the intestinal wall and will suck the blood directly from the wall. It is also possible that the hookworms cause cuts inside the host which can lead to more bleeding. The hookworms can also release enzymes when they are feeding that can cause problems with blood coagulation to your dog or puppy.

Causes Of Hookworms In Dogs

After the hookworms eggs have been deposited in the environment (similar to whipworms they are capable of surviving quite extreme weather conditions). The eggs will stay within the feces (poop) and only after the poop is broken up by rain, wind or other factors will the larvae start to hatch and develop (this will take around twenty hours). The larvae will then wait for a host to stroll by and ingest them. Dogs can also ingest the larvae from eating infected dead birds, small mammals or anything that is carrying the hookworm larvae.

It is also important to mention that the larvae can also burrow through a chosen hosts skin where they will travel through your dog’s body and into the lungs – this will cause coughing and bronchial problems. As a result of the coughing the worms will be coughed up before being re-swallowed where they will make their way into the digestive system.

After the larvae have made their way into the intestine they will then start to grown into adults.

Symptoms Of Hookworms In Dogs

The symptoms of hookworms can also cause anemia and in severe cases a really bad infestation can be fatal.

Treatment Of Hookworms In Dogs