A Guide to Addison's Disease in Dogs 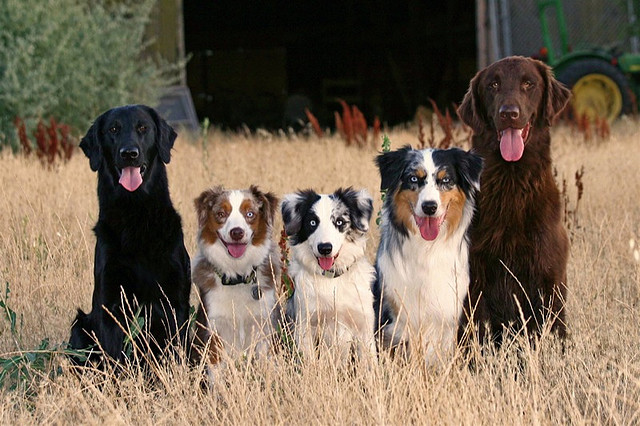 Addison’s disease in dogs was first officially recognized in 1953 (although it was seen in humans around the middle of the 19th century and named after Thomas Addison).

This condition which is also known as Hypoadrenocorticism occurs when the affected dog’s adrenal glands (adrenal cortex) stop producing enough ‘steroid’ hormones including Cortisone (Cortisol) and Aldosterone. Both of these hormones are vital as Aldosterone helps to regulate the amount of potassium, water and sodium in the dog’s blood stream and Cortisone helps to reduce inflammation, deal with shock, stress and act as a natural pain killer. Cortisone (Cortisol) is also necessary for the production of glucose.

What is the difference between Cushing’s disease and Addison’s disease?

Symptoms Of Addison’s Disease in Dogs

As a consequence of the dog’s body not producing enough Aldosterone and Cortisone the electrolytes in the dog’s blood stream including calcium, potassium, chloride and sodium start to get out of proportion in relation to each other causing the dog to become very unwell. It is also important to mention that Addison’s disease in dogs is a very serious condition which can be fatal – it can also be misdiagnosed at times due to the early clinical signs being similar to digestive problems, infectious diseases and kidney disease. Addison’s disease tends to be more common in young to middle aged female dogs with the average age of onset around the age of four. Some breeds are more prone to the condition including Rottweilers, Standard Poodles, Great Danes, Bearded Collies, Chinese Crested Dogs and Portuguese Water Dogs.

Dogs that experience Cushing’s disease or Addison’s may develop an increased thirst so this needs to be taken into consideration when you fill up the water bowl. To give you some idea about how much water a dog needs, experts estimate that dogs need about 10 ml of water per pound of body weight (this is just to maintain them on a daily basis). However, if your dog is more active or has health problems then the amount of water provided for your dog will need to be increased.

Some of the symptoms of the condition can include…

Sometimes owners are not able to notice a specific pattern in relation to the symptoms as the symptoms can be sporadic in nature. This can have an impact on the treatment of the condition as diagnosis can occur later than would be recommended.

Is the condition more common in certain breeds…? The simple answer to this is yes. It is also more common in females than males. Some of the breeds that seem to be more predisposed to the condition include Westies, Rottweilers, Great Danes, St Bernards and Springer Spaniels (this is not an exhaustive list). The average age of onset for the disease is around five years of age and it is estimated that 70% of dogs that are affected are female.

Causes Of Addison’s Disease In Dogs

There are numerous causes of this condition including…

What is an Addisonian crisis?

This condition occurs when a specific medication or drug is discontinued too abruptly leading to a temporary lack of hydrocortisone – this can then lead to circulatory collapse and shock.

Diagnosis and treatment for Addison’s Disease in dogs

This condition is normally diagnosed through an ACHT test (the same test that is also used to help diagnose Cushing’s disease).

When a dog is experiencing Cushing’s disease and is then injected with ACHT the cortisol in the affected dog’s body starts to increase. However, when a dog suspected of suffering from Addison’s disease is injected with ACHT then the cortisol is not stimulated and does not increase. The simple reason for this is that the dog’s adrenal glands are unable to produce enough cortisol to respond to the ACHT stimulation test.

Blood tests can also be undertaken to determine whether the dog is suffering from the condition. For example some dogs that are experiencing the condition may appear anemic due to there being a lack of cortisol – which will then start to suppress the dog’s bone marrow.

Another common sign seen in blood tests is for an affected do to have low blood sugar levels or hypoglycemia (this is because cortisol is very important in the manufacture of glucose).

Blood tests may also show electrolyte imbalances – for example the potassium levels appear higher than what is normal and the sodium levels may appear lower.

Dogs suffering from this condition may benefit from natural herbs (alongside any conventional treatment). Some of the herbs thought to be beneficial in eliminating some of the symptoms of addisons disease include ginger, garlic, licorice, slippery elm, valerian, arsenicum (30 C), arctium laps and astragalus membranaceous. However, you should never give your dog any supplements without first speaking with a vet.