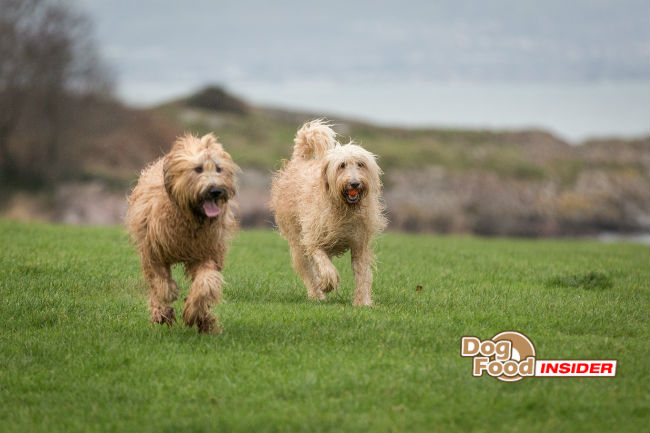 Canine addisons disease is also known as (hypoadrenocorticism) and develops when a dog or puppy’s adrenal glands stop working properly. This disease is a serious health condition and will need you to take your pooch to the vet immediately.

Each of these hormones have different functions within the body. The glucocorticoids (which include Cortisol) help deal with inflammation and stress. The catecholamines produce adrenaline which enables dogs cope with danger (by producing the natural ‘fight or flight response). The mineralcorticoids help the body produce sodium and potassium.

What are the causes of the condition…

There are Three Types of Canine Addisons Disease

Primary – This due to your dog or puppy not producing enough mineralcorticoids and glucocorticoids.

Secondary – This is when the pituitary glands don’t produce enough adrenocorticotropic hormone – also known as ACTH. This is essential for the adrenal glands to be stimulated enough for them to produce enough hormone.

Atypical – This is when the adrenal glands have been damaged which has also affected the imune system.

The symptoms of this condition can include…

Death will occur when the sodium levels in your dog’s blood have become dangerously low and the potassium levels too high – this cause the blood pressure to fall which can then lead to death.

Addisons disease can be hard to diagnose because the symptoms can be fairly vague. This can sometimes lead vets to misdiagnosing the condition as an infectious disease, kidney disease or even digestive problems.

If the condition is not diagnosed quickly then the affected dog can become very ill very quickly (and can die). Dogs left undiagnosed and therefor untreated can develop hypotension (low blood pressure), abnormal elect

There are various methods that can be utilised to diagnose this condition. Below are a few of the methods used by Vets. The first thing that medical professionals will often do is to evaluate blood tests on a regular basis.

How is Addisons Disease Treated…

Slippery Elm – This is a great treatment to cure diarrhea in dogs and puppies.

Valerian – This is a good herbal treatment for blood pressure.

Milk Thistle – This is a great antioxidant and helps to support your dog or puppy’s immune system.

Arsenicum 30 C – This supports your dog;s urinary system and and dehydration and thirst that your dog or puppy may be experiencing.

Ginger – This herb is often used to reduce your dog’s blood pressure and strengthen your dog’s heart. 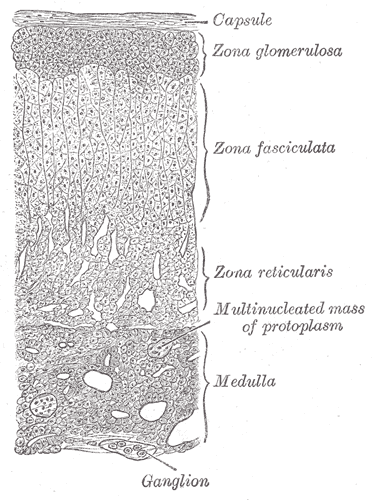 1. The image above (courtesy of Gray’s Anatomy) is a picture of the adrenal cortex under high magnification.

2. Did you know that dogs with Whipworms can exhibit similar symptoms to dogs suffering from Addisons Disease.

3. In very severe cases a dog can develop what is known as an Addisonian Crisis. This is when the potassium levels get so high that the heart starts to suffer.

4. The Adrenal Glands are also known as the Suprarenal Glands (which simply means ‘above the kidney’).

5. Each of the Adrenal Glands has an ‘inner’ and ‘outer’ cortex.

The Pituitary Gland consists of two sections each of which are located at the base of the dog’s brain.