Canine Digestion: A guide to the digestive system 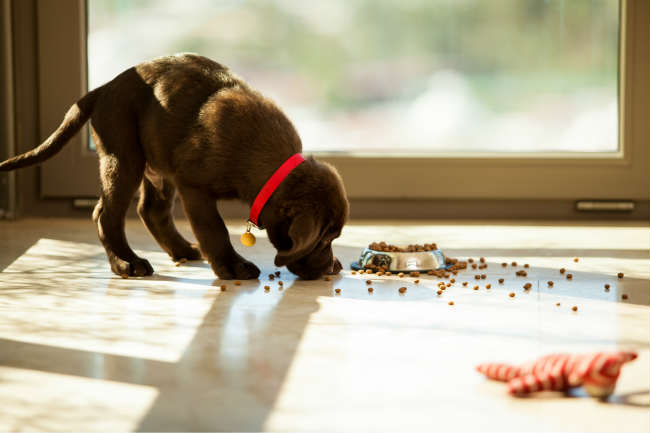 Canine Digestion is as complicated as it is exciting. The digestive system is an amazing an impressive work of combined functions working in complete harmony together.

The purpose of the digestive system is to break down the food (nutrients) which is taken directly into the alimentary tract and then through a complicated method of absorption through the walls of the digestive tract and then transported through the bloodstream to the tissues where it is used for the “production of energy and for growth maintenance and repair work” (Bleby and Bishop, 1986).

To help digestion the body utilizes a combination of enzymes, nerves and hormones (all acting in there own special way to aid digestion).

Mouth – Of course everything starts in the mouth where your dog will grind and chew up the food before swallowing each mouthful.

Oesophagus – After your dog has swallowed the food it will pass down the Oesophagus into the stomach.

Stomach – When your dog’s food has passed into the stomach it will be broken down and mixed. Canine digestion is made easier during this process as a dog’s stomach is very acidic with a Ph level as low as 1. The contents of will then leave the stomach as as a fluid called Chyme which will then pass into the small intestine. During this stage in the digestive process the first part of the stomach known as the Corpus has the unique ability to expand which enables more food to pass through.

During this stage mucous, hydrochloric acid and enzymes will start the process of protein breakdown.

Small Intestine – The food has now been broken down into a milky substance (entering the small intestine via the duodenum) where a combination of enzymes will continue the process. The milky substance will then flow into the small intestine where the liver and pancreas will help and assist by digesting the fat cells, protein and carbohydrates. The nutrients will then be adsorbed into the blood stream. Bile is also added (passed from the Gall Bladder) to support the digestive process. The remaining food will then pass into the large intestine.

The Small Intestine plays a significant role in the digestive process (more than the other organs). During this stage the carbohydrates, proteins and fats are converted into monosaccharides, dipeptides, fatty acids, glycerol and amino acids. These elements will then be absorbed through the intestinal walls into the Intestine.

Interestingly the Liver will convert most (but not all) of the glucose into glycogen before storing it until any fall in the glucose levels needs the glycogen to be converted back into glucose to produce energy for the bodily tissues. Any Amino Acids that are left over will be used whenever they are needed (and will stay in the bloodstream).

Large Intestine –  Now the remaining food will pass into the large intestine. Your dog’s digestive system will now have processed and absorbed all of the food’s nutrients. The water and electrolytes in the large intestine are now assimilated with bacteria breaking down any undigested fiber. Now the final part in the digestive process is when the remaining food is excreted as poop – but hopefully outside and not on the carpet!

So you can see that for your canine digestion is far from a simple process but involves a long and complicated set of tasks that enables your dog to get the most amount of benefit from the food that he eats.

Campbell, K and Eldredge, D. The Everything Dog Health Book.

Harris, B. 1993. Breeding a Litter, The Complete Book of Prenatal and postnatal Care.

Check out the videos below for a very simple guide to the digestive system.

1. The small intestine is split into three sections including the duodenum, jejenum and the ileum.

2. The stomach has many muscles that work together to help churn and grind up the food.

3. If the food is not swallowed properly it can be regurgitated and then inhaled which can then lead to serious health problems such as Pneumonia.

4. Some dogs can develop a very serious condition called gastric dilatation (Bloat). This condition is often fatal and is sometimes seen in larger breeds and those dogs with deeper chests. Bloat develops when the stomach swells with gas and then twists which then traps the gas inside.

The cause of the condition is often due to a dog swallowing food too quickly or exercising directly after eating.

The symptoms of Bloat can involve rapid breathing and excessive salivation. The affected dog may also attempt to vomit without success. If the affected dog is not taken to a vet quickly then the condition can be fatal.