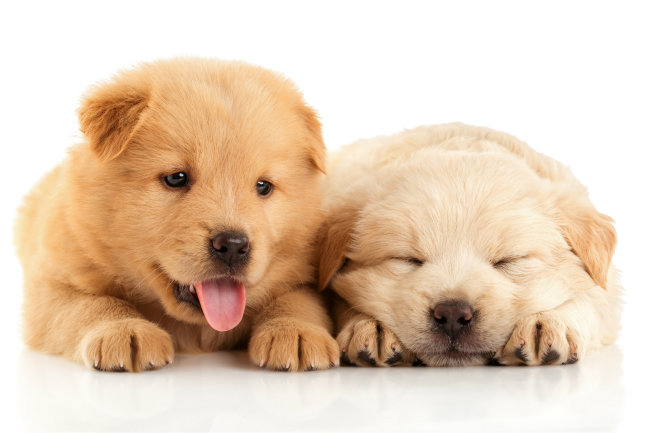 The canine herpes virus is a very serious medical condition that is associated with the female genitalia. If the virus is present then this can lead to the pregnancy being aborted. It is also possible that the entire litter can die straight after whelping or the pregnant bitch can give birth to stillborn puppies. The condition can also lead to the female becoming infertile.

If the female is experiencing a case of herpes then it is possible that the puppies could be saved through an emergency caesarean operation and the puppies reared isolated in incubators (although this does not always guarantee that the affected puppies will survive).

Symptoms of herpes in dogs

The symptoms of a dog experiencing herpes will normally include vaginitis and rhinitis. Unfortunately there is currently no known vaccine to protect dogs from the virus (although immunity can be increased via a vaccine discussed on the right of the page).

The causes of canine herpes virus is through the virus being transmitted to the puppies either through the birth canal or through one of the puppies having contact with another dog or human that has been in contact with the herpes virus (possibly through having touched an infected dog or puppy). Once the puppies have become infected the symptoms will normally start to show from the age of five days up to twenty one days old. The symptoms will normally include puppies passing discolored diarrhea, becoming bloated and whimpering. Affected puppies may also lose coordination and experience a sudden drop in their temperature. Puppies can die very quickly after symptoms develop.

Puppy mortality (death) is actually more common than some owners realise. In fact it is estimated that approximately 1 in 3 puppies do not survive past the weaning age. This could be due to a variety of factors including inadequate vaccinations, lack of feeding from the mother or poor unhygienic whelping quarters. It is also possible for puppies to become badly injured during the actual birth (during the expulsion from the birth canal) or from diseases being passed on via the mother. If the mother’s milk is in bad condition then this could lead to health problems and even death for the puppies.

One of the most common factors leading to puppy fatalities is through hereditary defects including physical health defects such as a Cleft palate (this is where the puppy’s mouth is not properly formed and leaves an opening in the puppy’s mouth). A puppy suffering from a Cleft Palate may not be able to receive proper and adequate nourishment as the milk has a tendency to seep out of the puppy’s mouth leading to possible malnourishment.

Another hereditary condition that can lead to puppy deaths is Umbilical hernia. This condition occurs when the fatty tissue or intestine starts to penetrate the abdominal lining and puts pressure on the puppy’s skin (leading to swelling). Other conditions that can lead to puppy deaths can include physical immaturity of the young puppies, heart defects (disease), fading puppy syndrome (which can also be caused by the canine herpes virus), hemophilia and other circulatory problems. The Canine herpes virus (which is also referred to as CHV1 is also a cause of Kennel cough in dogs and puppies).

The likelihood of a dog coming into contact with the virus within kennels is estimated at about 80% however this is reduced to about 10-15% for dogs found in normal household environments. It is important to also mention that adult dogs that do come into contact with the virus may only display mild symptoms or none at all. Adult dogs actually act as carriers of the infection (they will have become immune due to building up a resistance to the infection). However, they are still infectious and can pass the infection to other dogs and puppies.

The only effective method to diagnose whether your puppy has experienced the virus is postmortem (after death). It is also possible for a vet to determine whether the infection has been a factor in the puppy’s death via blood tests performed on the mother.

Prevention and treatment of canine herpes

As previously mentione dogs affected by the virus may only display mild symptoms (normally in the form of a respiratory tract infection). However, once this clears up the dog will still carry the virus but will not display any symptoms. It is also possible for a pregnant female to pass some of this immunity to their unborn offspring via the colostrum when the puppy feeds on their first milk.

There is a vaccine available that can protect puppies (known as the Eurican Herpes 205 vaccine). This is administered via an injection given to the female when she is ready for breeding. The next injection is administered a few weeks later.

The virus is also easily destroyed through a variety of household disinfectants. If the virus is exposed to heat (above 104 degrees Fahrenheit) this will also kill the virus and it’s ability to infect dogs and puppies.