When and How to Induce Vomiting in Your Dog 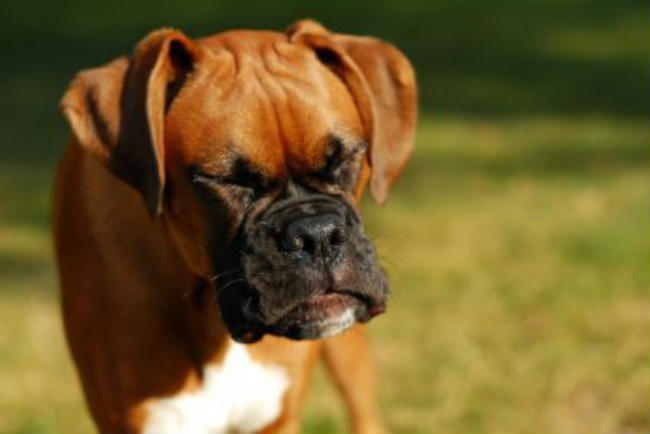 As responsible pet owners, it is important to safety-proof your home to prevent your dog from getting into any potentially hazardous or toxic substances.

Nonetheless, given dogs are notorious for eating just about everything, the need to induce vomiting in your dog may occur.

Fortunately, as long as you are prepared with the proper knowledge and resources, inducing vomiting is an easy and safe procedure that can save your dog’s life.

If you suspect your dog may have eaten something hazardous, follow these three guidelines.

1) Contact a veterinarian right away. The veterinarian will be able to further instruct you based on the individual circumstances. While inducing vomiting can save your dog’s life, it can also make matters much worse depending on what your dog has ingested and how long it has been since they have eaten it.

According to Dr. Jennifer Coates, inducing vomiting two or more hours after the substance has been eaten can exacerbate the situation. Additionally, in the event the ingested substance was petroleum based or potentially caustic, you should never induce vomiting. That is why it is important to first call a veterinarian or animal poison control center to seek further assistance.

2) Only induce vomiting when water-soluble or digestible toxins, such as chocolate or pharmaceuticals, have been consumed. Never induce vomiting in a dog that has eaten solid items such as tinfoil, tinsel, bone shards, etc.

For these issues, take your dog to the vet immediately, as surgery will need to be performed to remove the foreign objects. Inducing vomiting in such instances will only make matters worse by increasing the risk of organ puncture or internal bleeding.

Measure out one milliliter of hydrogen peroxide for every pound, with the maximum being 45 milliliters. Extract the necessary amount into the syringe.

Have your friend hold your dog with one arm firmly around the dogs’ waist, and the other arm positioned around the head in a headlock. If you need to hold the dog yourself, use your non-dominant arm to restrain the dog and your dominant arm to administer the hydrogen peroxide.

Tilt the dog’s head back and open its jaw. Position the syringe in the far back of the dog’s mouth and release all of the liquid at once. Withdraw the syringe and clamp your dog’s jaw shut with your hands until you are certain they swallowed the liquid.

Stroking the dog’s throat and nose will encourage swallowing. The vomiting should occur no more than 15 minutes after swallowing the hydrogen peroxide. If the dog hasn’t vomited in that time, call your veterinarian for further instructions.

Tasty for You – But Toxic for Your Dog

A dog may be “man’s best friend” but our four-legged friends do not have the same digestive system that we do. Your beloved pet may look up at you with pleading eyes while you wolf down your dinner, but sharing your food with your dog can be very dangerous.

Some foods may only give him or her a mild stomach upset. Others, however, can have far more serious consequences. We’re all aware that certain foods are bad for our canine friends, but many of the following may surprise you.

Chocolate & The Most Dangerous Type For Dogs

Most people nowadays know that they shouldn’t give dogs chocolate. Not everyone realizes, however, that the darker the chocolate, the more dangerous it is for your dog.

Dark chocolate contains particularly high levels of theobromine, which can cause dogs to grow thirsty and agitated. Other effects may include stomach upsets, while still more serious cases can lead to muscle spasms, seizures and occasionally death.

Other processed foods which can be harmful to your pet’s health include milk and dairy products. Does are lactose intolerance and therefore these products can cause stomach issues, including vomiting and diarrhea.

Concentrated onion and garlic products such as salts or powders, meanwhile, can bring about blood poisoning in your pet. Symptoms to watch out for here include generalized weakness and darker than normal urine.

It is not only processed food which can be harmful to your dog. Many whole foods can also cause a range of problems and conditions.

Avocados, for instance, contain a fungicidal toxin known as persin which can cause upset stomachs.

Grapes and raisins, meanwhile, can induce kidney and liver failure in some dogs. The symptoms to look out for here include a generalized weakness as well as vomiting and diarrhea.

Macadamia nuts may be irresistible to us humans, but feeding them to your dog can result in fevers and tremors and rear leg mobility issues. Fortunately these issues usually resolve within forty-eight hours.

It is naturally best not to let your pet indulge in wild mushrooms as they may be as poisonous to him as they are to you.

We usually shun moldy foods for ourselves, but they should especially be kept away from your pet. Mold spores, you see, may contain tremorgenic mycotoxins which can cause tremors and convulsions in canines.

Dogs should never be given stimulants as these can affect your pet rather differently than they might affect you.

Caffeine, for instance, can cause restlessness, vomiting and, in some rare cases, death.

Alcohol, in addition to intoxication, can bring on vomiting, seizures and even death.

Hops, as used in the home-brewing of beer, are particularly dangerous to dogs. Their ingestion can lead to high temperatures and organ failure. Panting and tremors are the symptoms to watch for here.

Tobacco, meanwhile, is much too strong for your dog’s systems. In addition to stomach issues, it can also bring on a dangerously increased heart rate and unconsciousness.

One final common substance to definitely avoid is Xylitol, a sugar substitute used in many candies and gums, which is very toxic for pets and can cause liver failure, seizures and death.

What may seem innocuous to you, may be very dangerous indeed to your four-legged friend. Just because your pet seems to think something is safe, it doesn’t mean that it necessarily is.

If at all in doubt over whether an item is safe or not for your dog, don’t take the chance. And if your dog exhibits any worrying or unusual symptoms after eating anything out of the ordinary, don’t hesitate to have him or her examined by a veterinarian. Our pets depend on us to keep them healthy, after all.