The Dog Owners Guide To Roundworms in Dogs and Puppies 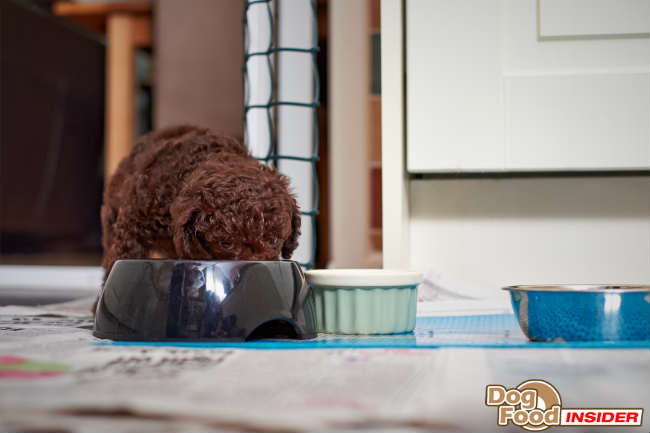 Roundworms in dogs is just one of several types of worms that can affect dogs and puppies. Other types include Whipworms, Tapeworms, Ringworm, Heartworm and Hookworm – each variety will cause different symptoms in your dog or puppy and all will need to be treated as soon as any symptoms are seen in your pooch.

Roundworms are parasites (no surprise there) but more specifically they are referred to as Endoparasites which come in two varieties including the Toxocara canis and Toxacaris leonina. Endoparasites are a type of parasite that live inside a dog’s body.

This type of Roundworm is white and varies in length from seven and a half cms up to fifteen cms – so you can see that they can grow to quite a length! The parasites are carried by adult dogs and young puppies and they are excreted by the young puppy in the feces (however they can also pass from the anus without any feces at all). Once the roundworms have been excreted they will look like a coiled spring. Roundworms are more common in pregnant female dogs and also young pups.

The Life Cycle Of Roundworms In Dogs

It is common for the worms to remain inside the pregnant female where they will stay in a dormant state – however due to the hormones that are released during the bitches pregnancy this acts as a ‘wake up’ call to the worm larvae causing them to travel from the females tissues through the uterus, into the mammary glands and then into the young puppies. However not all of the roundworm larvae will travel through the pregnant female and may continue to reside inside the females intestine.

How Puppies Get Infected By Roundworms

After the birth of the puppies (whelps) the larvae that are already present inside the new born puppies will grow and develop (the worms will be fully grown by the time your puppies are two weeks old).

It is also possible for the puppies to become infected by the parasitic worms either through their mothers milk but also from the mothers coat (this is because any poop that has inadvertently remained on the mothers coat may carry the worms and they can then be ingested by the puppies as they lick and suckle from their mother). It is also possible that the mother continues to perpetuate the whole process as she licks and cleans up any puppy poop that contains the worms – where she will ingest larvae, adult worms and eggs repeating the whole process.

The roundworms will then be excreted in the puppy’s poop (they can come out as eggs or as adult worms) where they will lie on soil, grass or on plants (they can remain dormant in these surroundings for many months) until a dog or puppy walks by and swallows the worms starting the process and life cycle all over again.

Signs And Symptoms Of Roundworms In Dogs

Sometimes it is best to assume that your pregnant dog and puppies have a roundworm infestation – at least this way you can assume the worst and treat any symptoms as they occur. Young puppies that have a roundworms can experience a variety of problems including breathing issues, pneumonia and also coughing – these symptoms are often present when the worms start to travel through puppy’s lungs.

When the worms have started to affect the intestines they will continue to grow and multiply causing further problems. Common symptoms at this stage can include the coat looking in poor condition, the belly might be large, extended and have a pot bellied appearance. Other symptoms can include abdominal pain, diarrhea and a strange walking stance (legs wide and straddled when they walk).

The Worming Schedule For Young Puppies

Roundworms in dogs and puppies is a serious and potentially life threatening condition – but of course puppies are more at risk due to their size and delicate immune system. Of course puppies are also handled and cuddled by small children so they need to be wormed from an early age. The normal worming process is for puppies to be wormed at the age of two to three weeks old – they should then be wormed every two weeks from then on until they reach the age of three months. The growing puppies should then be wormed at the age of six months and again at twelve months (one year old).

1. If your are purchasing a new puppy you need to find out whether she has been wormed. Puppies should have been wormed at least twice before they reach the age of eight weeks old.

2. Start the potty training process and aim to encourage your puppy to poop in one area when taken outside.

3. Remember that roundworms in dogs can be transmitted to adults and children so avoid exercising dogs under the age of six months in areas where children play. Make sure that any poop is picked up and disposed of properly.

4. Do not let young children get too close to young puppies and never allow a puppy to lick your child’s face as this can pass on the parasites (worms). If children do play with puppies make sure that they wash their hands and faces.

5. Never allow dogs to eat or lick your plates or cups and saucers.

6. Roundworms in dogs can often be found around the hind quarters – make sure that dogs with long hair are well groomed paying close attention to hind quarters.

7. Remember that nearly all puppies are born with worms. Puppies under the age of three months can be infected by picking up the parasites from grass, soil or their mothers coat.

8. 30% up to 40% of young puppies under the age of three months will have the adult worms inside their intestines – with the eggs capable of being passed into their immediate environment.

9. Eggs are not dangerous to people when they have just been excreted – the eggs take about three weeks before they can infect people and dogs.

10. Congratulations – you have just learned all there is to know about roundworms in dogs and puppies.