The Dog Owners Guide To Skin Cancer In Dogs 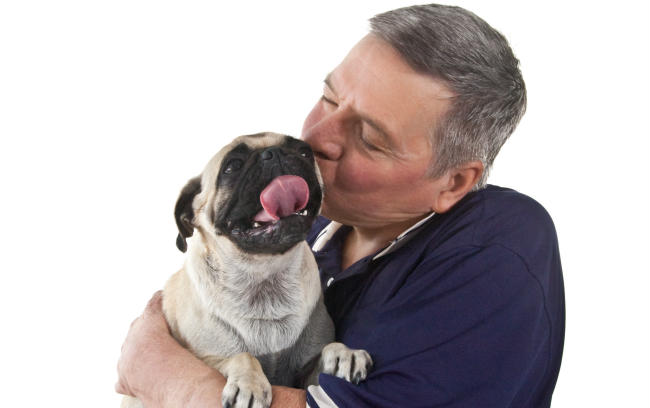 Skin cancer in dogs (tumors) are one of the most common types of cancers to affect dogs. Unfortunately it is very difficult (in fact almost impossible) for a vet to know whether a growth (tumor) is benign (non-cancerous) or malignant (cancerous) simply through the appearance of the growth.

The most accurate way for a vet to determine whether a tumor is cancerous and possibly life threatening is through a biopsy – this is where the vet will take a small sample of the affected skin where it can be examined by the vet or pathologist to determined whether it is malignant.

If the tumor is small it might be removed in it’s entirety where it can be examined under a microscope. However if the tumor is more than an inch in width then a very fine needle will be used to get a small cell biopsy that can also be examined to discover whether it is malignant or benign.

Canine Mast Cell Cancer which are also known as Mastocytomas are the most common types of cancers found in dogs (in fact they account for as much as twenty percent of skin cancer in dogs). In approximately fifty percent of cases where a dog is affected by a mast cell tumor it will be malignant i.e. cancerous.

Mast cell tumors can affect any sex but the average age of onset is around the age of nine. Most Mast cell tumors can differ greatly in appearance either developing on their own or as multiple growths. Brachycephalic breeds are particularly susceptible to developing the tumors including Bulldogs, Boxers and Boston Terriers.

Mast cell tumors are often found on the lower abdomen, penis (foreskin), lip, stomach, leg, foot and on the perineum. It is also possible for the tumors to be present for years before they become larger and start to spread (metastasize) to other organs in your dogs body including the liver, spleen and lymph nodes. These types of growths can vary in color but they are normally reddish and hairless.

Treatment for Mast cell tumors is through surgical removal. If the growth cannot be completely removed then medication including Prednisone maybe prescribed. If the disease is in it’s later stages then Chemotherapy and Immunotherapy might be beneficial.

Basal cell tumors are a very common type of skin cancer in dogs especially in certain breeds such as the Cocker Spaniel. Basal cell tumors are normally located on the neck and head often affecting older dogs (over the age of seven). Although this is as previously mentioned is a common type of skin cancer in dogs although only a small percentage are actually dangerous i.e. cancerous. This types of growths are normally hard to the touch, often found on their own with a distinct border (making them more noticeable than the healthy surrounding skin.

The treatment for Basal cell tumors is through them being surgically removed.

Out of all the different types of skin cancer in dogs Histiocytomas are the fastest growing and can be found anywhere on your dog. Histiocytomas are benign (non-cancerous) and are often seen on younger dogs (aged from one to three). These growths are painless, hairless and dome shaped. These growths will appear suddenly sometimes within one to two months and are more common in dog’s with short hair.

Histiocytosis Out of all the types of skin cancer in dogs this is one of rarer types of malignant (cancerous) growth. These types of tumors are caused when large cells that are located in a dog’s normal connective tissue start to spread and disperse throughout the internal organs and subcutaneous tissue (nodules will sometimes appear). The most common symptoms for this type of skin cancer in dogs is weight loss, lethargy with inflamed enlargement of the spleen, liver and lymph nodes.

Sebaceous adenomas These benign tumors are fairly common especially in older dogs and specific breeds including Cocker Spaniels, Poodles and Boston terriers. The average age of onset of the disease is around nine and ten. These growths are located in the oil producing sebaceous glands found in the skin (particularly on a dogs limbs and eyelids).

Sebaceous adenomas can develop on their own or in groups – they are normally smooth and about one inch in width. They are hairless and sometimes ulcerated and if the growth is more than one inch in width it may well be malignant (especially if it is also ulcerated).

Another sign of malignancy is if the growth starts to grow fast – this type of growth is known as a sebaceous adenocarcinoma). If the tumor is small then it might not need to be removed unless it is causing problems. A large adenoma will need to be removed.

Skin papilloma’s are also known as warts and are benign growths that can occur anywhere on your dog’s skin, beneath the toe nails and even on your dogs foot pads. The cancer is passed through the oral papilloma virus and is often found in older dogs specifically poodles. They don’t need to be removed unless they are causing problems due to their location. If the growths get injured or start bleeding and get infected then they will need to be surgically removed.

Lipomas This type of skin cancer in dogs are benign (non-cancerous) and are made up of fibrous connective tissue mixed with mature fat cells. Lipomas are oblong or round, fat like, soft to the touch and smooth. Lipomas are often seen in older female dogs especially those that are obese.

These types of growths will grow slowly and can sometimes reach several inches in size. They are not painful – another type of skin cancer in dogs that is very similar to a Lipoma is a malignant form called Lipomasarcoma.

The treatment for this condition may include surgery especially if the growths have become so large that they are affecting mobility. If there are concerns that growth is malignant then a biopsy will need to be taken.

Epidermal inclusion cysts (Sebaceous cysts) are very common tumors found on dogs – the can appear anywhere on a dog’s body and are more common in certain breeds including Poodles, Blue Kerry Terriers, Schnauzers and Spaniels.

These cysts form when dry secretions start to block the hair follicles which will then cause hair and sebum to accumulate causing the cysts. These growths will grow up to one inch or more in size beneath the skin – they can sometimes become infected and will need to be drained. Draining the cysts can cure them.

Melanomas – This type of skin cancer in dogs are caused by melanin producing cells in the dog’s skin and are more common in certain breeds including Cocker Spaniels, Boston Terriers and Scottish Terriers. They are often black or brown on color and are normally found where the skin is darkly pigmented. Sometimes the Melanoma will not be pigmented.

These growths can appear on the skin, mouth, limbs, trunk and in the nail beds. Although the tumors found on the skin are not often malignant those found on the mouth are very likely malignant.

Almost 50% of melanomas in the nail bed are cancerous and likely to spread to the lungs, liver and lymph nodes. Melanomas have to be surgically removed with some normal healthy skin sometimes also needing to be removed at the same time. This type of skin cancer in dogs is difficult to treat and the prognosis for dogs with this type of cancer is very poor.

Squamous cell carcinomas – Dogs can also get skin cancer from the ultraviolet radiation in sunlight. It is more common for the tumors to develop on lighter pigmented areas on the dog’s body especially on the lips, nose, nail beds, scrotum, trunk and on the underside of the belly. The growths can vary in appearance including developing into cauliflower like growth and also as a grayish hard flat ulcer that refuses to heal. The growth can also appear as a hard red patch. There is often a lack of hair on the growths due to repeated licking by the affected dog.

This type of skin cancer in dogs can spread to the lymph nodes and lungs causing further problems in your dog. The treatment for this type of cancer should be complete removal of the tumor – if the cancer has spread then radiation therapy might be beneficial. To help prevent your dog from getting this type of cancer you should avoid letting your dog out during peak sun hours – this is normally around 10 AM to 14.00 PM when the UV levels are high.