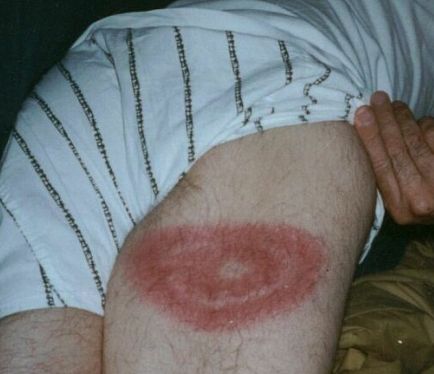 Learn the signs symptoms of lyme disease which is caused by a tick bite and can be very serious disease.

Treatment is needed very early if you or your dog don’t want to have recurrent symptoms that can wax and wane and return years after actually contracting the disease.

As previously mentioned the main cause of lyme disease is a bite from the deer tick which can happen even very early in the tick life cycle.

Prevention rather than Cure…
If you know what causes lyme disease you are much more able to prevent it and prevention is always better  that cure because the first symptoms of lyme disease  can be so similar to flu that it can go unrecognized and not treated.

If you are left untreated and develop chronic symptoms of lyme disease you may have symptoms that disappear for days, weeks, months and even years before they reappear.
As previously mentioned due to the fact that lyme disease cases are highest in summer when people are outside in the sun a good tick repellent is good way of avoiding getting bitten.

A good tick repellent is capable of being 82 – 100% effective at repelling ticks with repellents available that can be applied to clothing and the skin.

We would like to say thanks to John Moran for the use of the bullseye tick bite pictures.