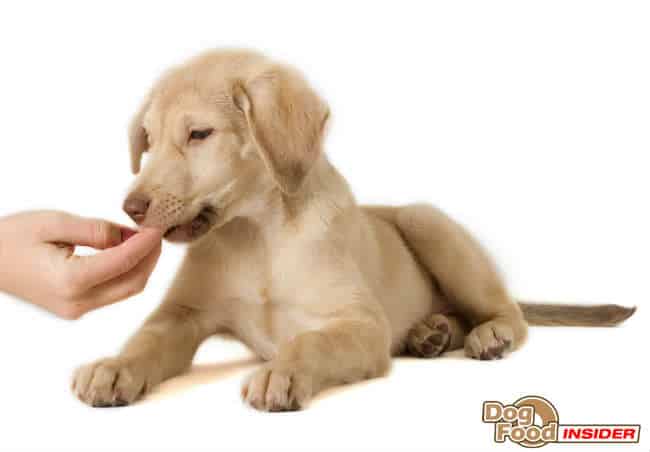 Mastitis is an infection of the mammary glands which can be caused by a blocked milk duct, cut or bruise that has become inflamed and infected. The breasts may appear lumpy, painful and warm to the touch (unusually warm). The breasts may also appear purplish-blue in color and the affected female may experience a lack of interest when it comes to nursing. The milk may appear discolored and the affected dog may have a fever and loss of appetite.

Treatment for the condition will normally involve the vet administering antibiotics and in some cases the gland may require drainage.

Canine mastitis comes in two types – Galactostasis (caked breasts) and Acute Septic Mastitis with both forms being painful and debilitating for the affected female.

About Acute Septic Mastitis In Dogs

Each female has a total of ten teats and five pairs of mammary glands. Acute Septic canine mastitis occurs when bacteria enters the dog’s body through a wound or puncture on the teat causing an infection and abscess to one or more of the mammary glands.

A female experiencing this condition may suffer from a high fever and temperature and appear withdrawn and depressed. The affected dog may also stop eating with the teats becoming swollen, painful and may even change color appearing red/blue.

It is also possible that any milk passed by the ‘Dam’ may contain blood or appear thick and yellow in color. However, the milk can also appear perfectly normal in color and texture (but may actually contain no nutrients).

Treatment for Acute Septic canine Mastitis will involve a combination of treatments including antibiotics and warm compresses being applied to the affected area (for up to half an hour at a time). The infected glands will then need to be gently stripped so that the milk can be expressed. Early treatment is very important as this can stop any abscesses from forming.

This condition can also affect the puppies as they may stop nursing due to the poor nutritional quality of the milk. In some cases if the puppies continually attempt to suck milk from the infected teats the nipples may need to be taped over (although this is a last resort). It is also important for owners to remember that if the mammary glands are not suckled the female will stop producing milk after a period of three days. If this does happen then the puppies will need to be hand reared by the owners.

About Galactostasis Mastitis In Dogs

Galactostasis (also known as Caked Breasts). Sometimes during the later stages of pregnancy and lactation the milk can accumulate to a degree where the teats become painful, warm and distended. The difference between this condition and Acute Septic Canine Mastitis is that the female will not become ill as the Mammary Glands are not infected.

Galactostasis can also happen when a false pregnancy occurs – this is because there are no puppies to suck the milk – causing the milk to build up. If the female has a small litter this can also lead to the milk building up (larger litters are more likely to use the milk being produced).

Treatment For Dogs With Galactostasis

Treatment for Galactostasis will normally involve the affected dog having water withheld for 6-10 hours (of course this should only ever be undertaken through the advice of a vet). The vet may also recommend that food is also withheld for a period up to twenty four hours. Sometimes the vet may also advise the owner to reduce the affected dog’s dietary intake for a period up to three days. Treatment may also consist of the vet prescribing a diuretic.

Unfortunately if a dog has experienced a false pregnancy then she may also develop a heightened mothering instinct – this can lead to her licking and trying to stimulate the teats (making the condition worst). If this occurs the vet may prescribe a mild tranquilizer or even utilize hormonal therapy to help dry up the affected dog’s teats.

Breast infections (Mastitis) can be fatal but not only to the female but to the litter too! If your dog is in severe pain and you are not able to take your pooch to the vet straight away, some experienced breeders may attempt to express some of the milk themselves to ease the dog’s pain and relieve any tightness and pressure. However, it is vital that none of this milk is given to the litter as milk that has been produced and then retained within the mammary gland as it can be very toxic to puppies.

Although you should always take your dog to the vet if you suspect your pooch is experiencing a case of mastitis you can help to alleviate some of the symptoms by placing a cool compress that has been soaked in Calendula on the affected mammary glands. However, you should speak with your vet before you attempt this.

Sometimes Bach flower remedies can be beneficial especially if the dog is tired and listless. Hornbeam is a particularly useful flower remedy.

Below is a list of homeopathic remedies for treating Mastitis

Apis Mellifica… This is a great remedy for painful and swollen glands. This is particularly common after whelping.

Bryonia Alba 30c… is highly beneficial for glands that have become hard. Other symptoms may include the legs being stiff and signs of constipation.

Belladonna 30c… may be prescribed by homeopathic vets for treating hot and swollen glands. The affected dog may also be restless and excited.

Hepar Sulphuris Calcareum 30c… can be used to treat glands that have become painful. There may also be a pussy discharge too.

Phytolacca 6c… may be beneficial for treating painful and hard lumps in the dog’s breast glands. The affected dog may appear listless and the glands may appear blue in color.

Urtica Urens 1 m… can be prescribed by homeopathic vets to help restore milk production as the infection starts to subside.