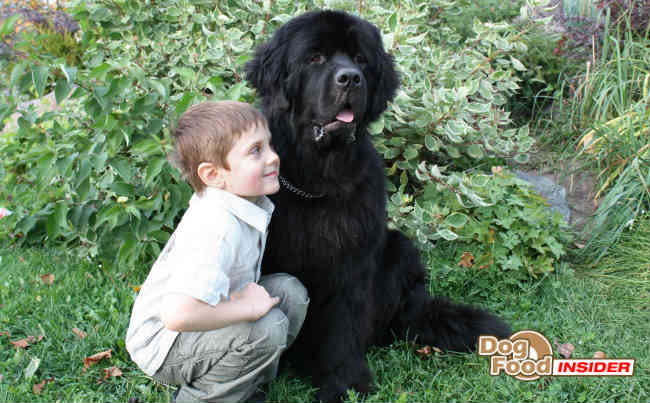 A canine false pregnancy (Pseudocyesis) is basically when a female dog will show the symptoms of being pregnant. This can be as a result of the dog actually never having mated or failing to conceive. A dog suffering from this condition may even start lactating but will not actually have any puppies.

A canine false pregnancy will normally occur about one to two months after the heat cycle (this is a period during the cycle known as meta-oestrus). The condition is actually caused by Progesterone which is produced in the ovaries by the corpora luteal cysts.

Symptoms of a false pregnancy in dogs

The most common symptoms of this condition will normally involve the female producing milk and she may exhibit some maternal behavior. It is important to mention that the symptoms of false pregnancies can vary in severity and intensity from dog to dog.

Other symptoms of a canine false pregnancy may involve the dog showing physical symptoms including panting, enlargement of the mammary glands, distension of the abdomen, breathlessness and she may even appear nervous and ill at ease. It is not uncommon for some females to start carrying toys and shoes around the property leaving a collection in their sleeping area. Some females may start to guard their collection of toys even showing aggressive behavior around her collection of puppy substitutes (toys).

A dog that is going through the process of a false pregnancy may also start to make a nest in her sleeping area.

In really severe cases your dog might start straining as if she is about to give birth to a litter (this is uncommon but does happen).

Once a dog has experienced one false pregnancy it is very likely to return during each heat cycle – the symptoms will also become worse each time.

Many cases may not need any treatment as the symptoms can disappear within twelve weeks (and sometimes even less).

If your dog is experiencing really bad symptoms including aggressive behavior then the vet may prescribe hormones such as Ovaban or Prolactin inhibitors. However, it is very important to mention that these drugs can have some unpleasant side effects. If you do not intend to breed your female then you should consider having your her spayed.

The best way to prevent your dog ever becoming pregnant is to have her spayed (not only will this prevent real pregnancies but it will prevent false pregnancies too).

Spaying will involve an operation to remove the Uterus. Due to this procedure eliminating any chance of your dog going into heat – you pooch will be safe to be around males as there is no chance of her becoming pregnant. As previously mentioned there are some quite powerful medications that can eliminate a false pregnancy (and stopping your pooch from falling pregnant).

The most common medication used (is also a contraceptive drug called Megestrol acetate – i.e. Ovaban). This is the only drug that has been approved to be used in the United States of America. Ovaban works by inhibiting the estrous cycle by suppressing FSH and it’s release from the Pituitary Gland (FSH refers to the Follicle Stimulating Hormone).

FSH also enables the ovaries to produce egg follicles and then produce estrogen – as the estrogen is produced the vulva will start to swell (causing the bloody discharge often seen when a dog is going through proestrus).

Home remedies for the symptoms of a false pregnancy

Below are some great natural remedies for treating some of the symptoms of this condition. Don’t forget you should always check with your vet before you give your dog any medication not prescribed by your vet.

1. Hormeel drops can be used to treat and regulate the hormonal changes that can take place during a false pregnancy.

2. Sometimes your pooch may become a little overaffectionate (if you know what we mean)! A great remedy for this is to administer ampules of Pulsatilla. However, if she becomes a little reserved then you can give her ampules of Sepia.

3. If your dog starts to develop more worrying symptoms such as loss of appetite, vaginal discharge or depression (after you have spoken with your vet) you can administer oral ampules of Pyrogenium-Injeel and Lachesis-Injeel (twice daily).

1. For a dog that becomes overly affectionate there are some great Bach remedies for this including Centaury, Cerato and Heather.

2. For dog that becomes resentful, aggressive or dominant you can choose from a variety of Bach remedies including Pine, Beech, Chicory or Water Violet.

We have already mentioned that Sepia 30c and Pulsatilla 30c are both excellent homeopathic remedies for treating this condition. Below are some other remedies…

1. Bryonia Alba 6c is a particularly useful remedy for when the breast glands are hot and swollen. If you are concerned that the glands are infected it could be that she has Mastitis.

2. Another great homeopathic remedy is Calcarea Carbonica 6c. This is beneficial if the breast glands are swollen with milk.

3. If there is any bleeding then Lachesis 30c is benefical remedy.

4. If you would like to dry up the milk flow then the remedy Urtica Urens 3x is a great remedy.