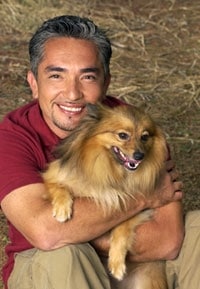 However, although Millan does have his fans he also has many critics mainly due to some of the dog training methods that he often uses, but more on this later….

Before going into detail regarding some of these dog training methods and techniques lets get to know more about the man behind the myth.

Cesar stresses that dog owners should understand that their dog should
be identified in three levels of hierarchy.