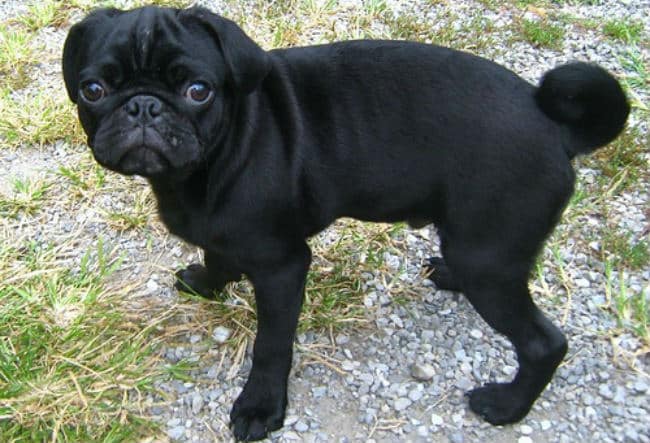 Not every dog is going to be a bundle of joyful energy. There are dogs out there that have issues with shyness or fear, especially dogs who have been adopted, rescued, or saved from a shelter. The dog may have been abused by a previous owner and is fearful due to trust issues, or the dog may have been taken away from its mother too early. There are all kinds of reasons for exhibiting a shy or fearful behavior. However, it’s incredibly important that you care for a dog that is fearful or shy in a way that it will come to trust you and lose that fearfulness or shyness. The following are six dog care tips that you should use to help rid your dog of its fear:

Be aware of your own emotions – All dogs pick up on your emotions, but this is especially true for fearful or shy dogs. Be careful to monitor your emotions around your dog. Try to remain calm so that your dog doesn’t become anxious. If you feel tense, your dog is going to pick up on that and become fearful of whatever might be causing you to feel that way.

Be aware of your dog’s triggers – Take note of what scares your dog or causes it to become nervous. Is it the vacuum cleaner? Is it the sound of traffic? Your dog may have a few fear triggers that seem unnatural as a direct result of abuse from a previous owner. For example, if a previous owner regularly hit the dog with a newspaper, then the dog might become scared in the mornings when it sees you walk in with the daily newspaper. Learn what triggers your dog’s fear or nervousness and be mindful of those triggers.

Don’t push your dog to engage – Many dog owners are tempted to try to teach their dogs to not fear their triggers. However, there is a right way to do this and a wrong way. Don’t push your dog to engage with the object that scares them. Many dog owners will try to lure the dog towards the object causing the fear using treats. Instead of curing them of their fear, you’ll simply make them scared of eating your treats, since they’ll make a direct connection between being fed a treat and being forced to engage with the object that they fear. Instead, wait until the dog builds a trust in you before you begin trying to deal with the fear directly. Feed your dog near the object that scares it, but don’t force it near the object. Instead, move the object further away. The dog will learn that when you give it a treat, it won’t have to be afraid of the object, and it will even become curious about it.

Don’t baby your dog – One problem that many dog owners have is that they immediately feel horrible for a dog that is nervous or scared, and they try to make the dog feel better by babying it. Avoid doing this. Instead, remain calm and in control. Otherwise, you’ll be nurturing the dog’s state of nervousness or fear.

Be careful around other people – Nervous or fearful dogs tend to have trust issues, which means you should be very careful when introducing it to other people. While your dog may sniff or walk up to another person out of curiosity, sudden movements could scare it, which can result in the dog biting the person out of fear. This often happens when people that think they are good with animals try to be overly friendly with a nervous dog. Instead of comforting it, they are simply invading its comfort zone.

Establish routines – Routines help shy or fearful dogs because it helps to establish patterns. They don’t like things that are out of the ordinary or that come out of nowhere since anything that isn’t familiar is likely to scare them. Establish a daily routine with your dog in order to help it become more comfortable and at home with you. This will make it easier for you to begin dealing with your dog’s fears more directly.

These six dog care tips will help you to take care of your fearful or shy dog. However, if your dog has obvious issues with fear, you may want to consider obtaining professional help from a professional dog trainer.

Bonus Tips For Dealing With A Fearful Dog

Don’t Make Eye Contact – Making direct eye contact should be avoided when you are dealing with a fearful dog. In the wild, most animals view eye contact as a threatening gesture. Instead, move your eyes around frequently and don’t stare for too long.

Don’t Directly Face The Dog – Dogs that are scared or nervous don’t want to be noticed. By squarely facing a dog, you appear more threatening to the dog and can make a nervous dog react to the way you are simply standing. Instead of facing a dog directly, angle your body or even turn sideways to help make the dog feel more comfortable.

Keep Your Body Relaxed And Don’t Make Sudden Movements – It’s probably obvious that you shouldn’t make sudden movements, but a normal movement to you may be “sudden” to a nervous dog. Stay relaxed and do everything slower than you normally would. Also appear to have an overall relaxing demeanor. Slow blinking and slow eye movements can help as well as yawning or slowly licking your lips. These are all body signs that can help reduce stress in some dogs.

Ignore Fearful Behavior – When a dog is fearful, many dog owners want to comfort their dog. However, this can often times have a negative effect because the owner is basically rewarding and reinforcing fearful behavior. As difficult as it might seem, sometimes ignoring a fearful dog is the best course of action.

Don’t Initiate Contact With A Fearful Dog – While most people want to immediately help or comfort a fearful dog, it is important to let the dog approach and make contact with you. If you do want or need to approach a fearful dog, you should allow the dog to meet you half way. Ultimately, the dog should come to you, not the other way around.

Use Irresistible Treats – Once you are able to make contact with a fearful dog, you want to reinforce that and also reinforce non-fearful behavior. Make sure the fearful dog gets the message loud and clear by choosing some irresistibly good treats such as pieces of steak, hotdogs, cheese, or any other treat the dog loves.

Let The Dog Choose The Pace – Some fearful dogs get over their fear very quickly while others take quite a bit of rehabilitation. Don’t get impatient and allow the dog to go at his or her own pace. Trying to rush the process along can have detrimental effects.

Check out the below video with further explanations on these tips, as well as a real life training session with a fearful dog.