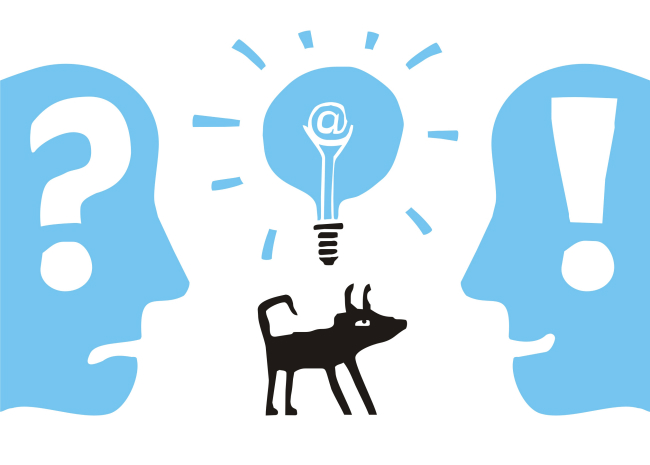 I have a 10 yr old, 42 lb foxhound, Deji. She always displayed jealousy over my husband & I whenever we gave any other animal (even though we had 2 cats when we brought her home to live with us) or child attention, but never acted aggressive about it. She also had some pretty bad seperation anxiety as she was an abandoned pup we found at 4 months old. We dubbed her the Spaz due to her severe anxiety.

By the time she was 4 yrs old we adopted another puppy just weened, a large German Shepherd, & she immediately established herself as higher ranking over him, & they became family and just fine after that, though I wouldn’t go so far as to say she was ever extremely fond of him. Tolerant & accepting would be the better description.

Deji is now 10 yrs old & has actually become more calm in general over time & does not have the anxiety nearly as badly anymore. She also tolerates visiting dogs & children much better than when she was younger & doesn’t seem to get too jealous. Then this past summer we rescued 3 kittens. She took to them well, displaying only curiosity & even some playfulness with them.

Our issue is that although she is calmer than ever before, she seems to be getting much grumpier with age & with the other animals. On occasions she will suddenly “snap” & attack the much bigger 100lb German Shepherd for simple things like walking near her ball or trying too hard to get her attention to play. And most recently she attacked one of the kittens for sniffing her dog food. Luckily she did not do any damage to the kitten, but she has drawn blood on the German Shepherd about 4 times in their history together. I see this aggression getting worse fairly quickly now & don’t know what to do about it & fear for the other animals safety. She has always been well trained & minds our commands well, & stops her attacks as soon as we command & then often acts contrite afterwards. I admit that lately we have been very busy in our own tasks & haven’t given the pets the best amount of attention we know they yearn for, although I do make an effort each day to hug & snuggle each pet, & if I have the time I play with each one at least a little. Could this simply be a matter of her not getting more one on one time? or does age play a big factor here & if so then how can we combat that?

Of further possible importance, Deji has some fairly bad arthritis that we keep under control by giving her a 5 mg Prednisone each day. Before putting her on the Prednisone she could barely get up or down stairs or even lift herself from a lying position. On the medicine she is like a vigourous young pup again. She also has mild epilepsy that we keep under control only by not letting her get too excited over her “triggers”. Could the steroid be what is the cause behind her increased aggression? She has now been on it for about 1 & half yrs.

Thank you for any advice you may be able to give me.


Hi Angie I am sorry to hear about your recent problems – my initial feelings are that your dogs aggression is linked to medical problems and for that reason I will focus on that – I am no expert on Prednisone but I have spent about an hour searching on the Internet for some answers to your concerns about this steroid. It seems that many people have mixed views on this drug – but the most common thought is that it can cause aggressive behavior and sudden behavioral changes in dogs. I would speak to your vet about this as it is obviously causing you some concerns and I can tell you are a real animal lover. I have listed below some of the other symptoms that might occur with this medication (what I have found searching for you).

Can you link any behavior changes with the start of the Prednisone. I would really speak to your vet as I am not trained medically so can only provide advice on what I have found online. However, it would seem a shame to stop a medication that is obviously relieving so much pain for your dog. I have also found a really interesting article that could have been written by you. I have provided a link below. It goes in to some detail about sudden aggression in older dogs but really focuses on dogs that have Arthritis and how this can cause aggressive behavior. The article also talks about how older dogs often lose patience with other pets after a period of getting along fine. I hope I have helped in some way – please let me know how you get on.