The Dog Owners Guide to the Canine Gestation Period (Pregnancy) 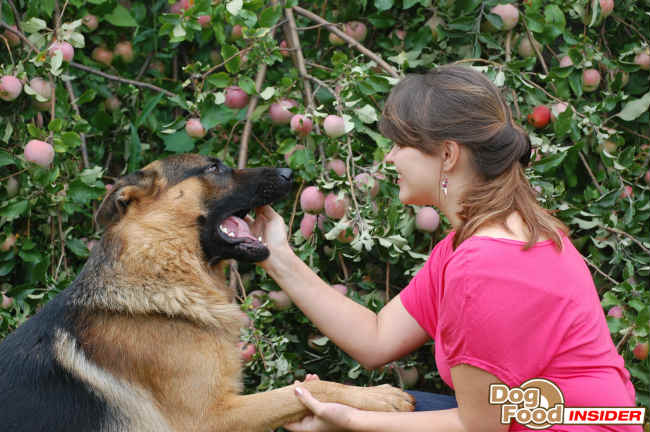 The canine gestation period will normally last approximately 63 days and is defined as the period between conception and birth i.e. a pregnancy. But before we go into detail about gestation and pregnancy we need to talk a little about the female heat cycle.

Ok so lets start by talking a little about the different heat cycles that a female dog will go through prior to becoming pregnant and going through the gestation period. There are in fact four stages of the heat cycle (all under the Estrus umbrella); including Proestrus, Estrus, Diestrus and Anestrus. The period between Estrus and Proestrus is normally referred to as the heat period and will last up to twenty one days. The Diestrus phase is also referred to as the Luteal stage.

Proestrus This is the starting point for the cycle and will normally last from three up to seventeen days (the entire period will last for approximately nine days but of course this can vary). During Proestrus the vulva will normally start to swell and there might be some bloody discharge (the color of the discharge can vary but will normally be pink in color).

If you want to know if your pooch is going through this stage of the heat cycle then grab a tissue or piece of clean cloth and gently wipe the vulva (any discharge my tell you that your dog is on heat). Swelling alongside the discharge should make it fairly obvious.

During the Proestrus stage your dog will send out many hormones (pheromones – so be careful when taking her for walks) as males will be very keen to play her close attention (and you don’t want an unplanned pregnancy). If males do try and approach or mount her then she will either growl, become snappy, sit down or try and move away (she is just not interested in mating during this period). However, when the next phase starts (Estrus) she will be more receptive.

This is the second part of the heat cycle and is often referred to as ‘standing heat’. During this period your female dog is quite open to mating and will be far more tolerant when males attempt to mount. Estrus can last between two and twenty days although it normally lasts around seven to nine days.

During this stage in the heat cycle the vulva will start to soften in preparation for mating – and any bloody discharge will be lighter pink in color. Interestingly humans are not the only species that like to flirt as during Estrus it is quite common for the female to flirt, raise her tail and come on to any male (she will also show any male her vulva if touched from the behind by interested males).

Your female dog will often start to ovulate around the second day of estrus (although this can also vary). However, in relation to when Proestrus starts then ovulation will start around twelve days from the first day of Proestrus.

Diestrus This is the third stage of the heat cycle and is when the female will refuse to breed (males will also lose all interest). Diestrus will normally last around sixty days and will then join or merge with the Anestrus cycle. The canine gestation period can also start during this stage (if your pooch does become pregnant then the Diestrus cycle will reduce to around fifty six to fifty eight days in length followed by whelping.

Anestrus This is the fourth and final stage in the canine heat cycle and a period where the female’s sexual activity is dormant or inactive. During the Anestrus cycle the Progesterone levels have reduced – this period in the cycle will normally last from one hundred and thirty days to one hundred and fifty days and will end at the beginning of a new heat cycle.

During the first three weeks of the pregnancy you will probably not notice many changes (although she may look a little fatter). However, you may notice that the nipples become a little larger and she may be a little quieter than she normally is.

About three and a half to four weeks into your dog’s pregnancy the vet might be able to determine whether she is pregnant (don’t forget there is such a thing as a false pregnancy). To determine whether your pooch is pregnant the vet should be able to feel the abdomen and notice that the uterus is slightly enlarged. However, as the pregnancy develops and the uterus becomes larger it becomes more and more difficult to determine the swelling from the bowel.

Also three and a half weeks into the pregnancy the vet will also be able to determine whether your pooch is pregnant from a simple ultrasound (although this is only available in limited veterinary surgeries).

During this stage in the pregnancy your dog will show more and more symptoms of being pregnant. Your dog’s mammary glands and teats will also become enlarged and the abdomen will be obviously larger. Your dog’s behavior may still be quiet but the appetite will still be reasonable. You should start to slowly increase your dog’s food and speak to your vet about possible vitamin supplements (as there are many out there).

It is fairly common for pregnant dogs (one week before whelping i.e. giving birth) for them to become a little more lethargic. The teats may also start to ooze milk as she gets ready to whelp. Just before she gives birth her behavior will change and her temperature will also fall (it can drop from 38.5 degrees C to 36 degrees C or 101.5 degrees farenheit to 97 degrees Fahrenheit).

Many owners forget that giving medication to their pregnant or nursing dog can have a serious affect on the puppies. This is because the drugs or medication can be passed from the placenta into the fetuses. Some medications can lead to the puppies being born deformed or even cause the death of the puppies. You should always speak with your vet before giving your dog any medication.

Drugs that contain anti-fungal or antibacterial agents can have a negative affect on unborn puppies when they are given to pregnant dogs. For this reason vets do not recommend giving pregnant dogs Tetracyclines as they can cause problems with a puppy’s bone development and can also lead to the puppy’s teeth becoming discolored.

1. It is not uncommon for pregnant dogs to have a slight milky or clear discharge coming from the vagina. Although this is not something that you should be concerned about, if the discharge is bloody or has pus present in it then this may mean that there is an infection. This should be treated as a medical emergency and you should take your dog to the vet immediately.

2. If your pregnant dog starts to hemorrhage then this could be a sign that she is about to have an abortion. There are many reasons for a dog having a spontaneous abortion during the earlier stages of the pregnancy whether it is through a traumatic injury, fetal defects or due to a poor maternal environment. The pregnant bitch may also be suffering from thyroid problems or conditions causes by a viral, bacterial or protozoan disease.

3. Although dog’s can experience ectopic pregnancies and uterine torsion both conditions are quite rare. Just so you know, an ectopic pregnancy is when the fertilized egg is implanted outside of the uterus.

4. Some dogs (specifically smaller breeds) can develop Hypocalcemia during the pregnancy or just after delivery. This condition is caused by a lack of calcium being provided through the diet during the later stages of the pregnancy. Calcium should play a vital role in any pregnancy (and during the lactation period) mainly because the female is drained of this mineral as it helps to form the skeletons of the offspring and also because it is needed to produce milk.

If your pregnant dog does not receive enough calcium during her pregnancy and when she is lactating she can become very ill. Common symptoms of a lack of calcium can include a high fever, restlessness, convulsions, muscles spasms and trembing. This is a serious illness and will need urgent veterinary treatment.

Although it is common for dogs to slow down during the later stages of their pregnancy (especially if they are particularly large) owners can still walk their dog up to the last week or two prior to them giving birth. Of course if your dog does not want to exercise then you should avoid walking her.

What is the best diet for a pregnant dog

The gestation and lactation period is considered by experts to be the most nutritionally demanding experience that a female will experience in her adult life. Interestingly during the early weeks the pregnant female will need little increase in the nutrient level that she is fed. However, from the fourth or fifth week onwards the amount that she is fed should be increased.

Puppies can contract an infection from the Umbilical Cord which can lead to the puppy becoming very ill. This condition can even lead to the death of the affected puppy.

Sometimes a dog can display all of the symptoms of being pregnant without actually being pregnant. This condition known as a false pregnancy can be really convincing because the dog can even start to produce milk.