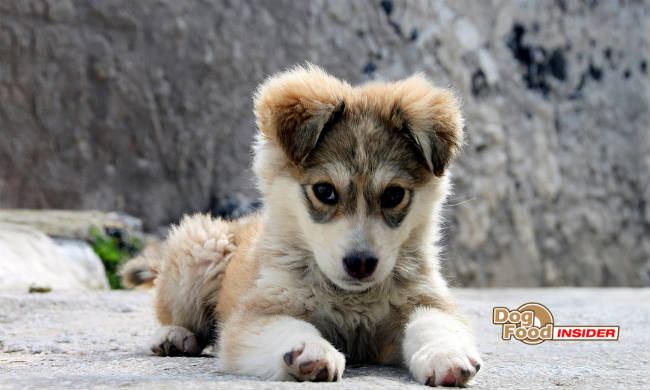 Canine lyme disease is a pretty nasty illness caused by blood sucking parasites (Ticks)! This condition is actually far more common than many dog and puppy owners realise – in fact it is now one of most common tick-borne illnesses in the United States of America. The disease can also affect humans as well as dogs and other animals.

What are the causes of lyme disease in dogs

This condition is caused by an infected Tick which will pass the Spirochete bacteria Borrelia burgdorferi into your pet’s blood stream. The disease came to prominence in the mid 1970’s when there was a sudden outbreak of Arthritis in communities around Southeastern Connecticut (specifically in an area known as ‘Old Lyme’ – which is likely to have given the disease it’s name). After humans started to become infected with this new disease around 1975 it was first seen in dogs in 1984.

It is worth mentioning that the areas that are often affected (in the United States) occur in places like Wisconsin, Minnesota, California and the Pacific Northwest – which all happen to have wooded areas perfect for Ticks to flourish!

Alongside birds and the white-tailed deer the primary carrier of the Sprirochete bacteria is the white-footed mouse. Canine lyme disease is normally spread during the Tick season which runs from May up until August (the most active time is the month of July). However, it is also important to mention that Ticks are able to survive at any time during the year if they have a source of food and the temperature is above 32 degrees F.

The Deer Tick is the carrier of the lyme disease bacterium that is passed to your pooch after being bitten. The Deer Tick is tiny and is very hard to see (it is about the size of a pin head). It is important to mention that just because a dog gets infected with the Lyme bacterium (not all dogs will develop the disease).

The symptoms of canine lyme disease can vary with each individual dog. However, the most common symptoms are fever (high temperature), muscle weakness (lameness), lethargy and loss of appetite. Although diagnosis can at times be difficult if your dog is walked in wooded areas or where there is high grass, debris or somewhere that the parasite can live and he or she shows any of the above symptoms you should suspect that he or she has lyme disease.

If you know that your dog has been bitten by a Deer Tick and he or she has a fever or swollen joints then you should take him to the vet immediately – diagnosis will be achieved through a physical examination and through blood tests. By examining the blood for antibodies to the lyme bacterium the vet will be able to accurately diagnose whether your pet has the disease.

If canine lyme disease is left untreated it can lead to serious problems including damage to your dog’s joints – the bacterium can also cause damage to the kidneys and heart. It is very important that an infected dog is treated as soon as he or she is diagnosed – treatment will consist of antibiotics.

There are a variety of ways that dog (or pet owners) can use to reduce the chances of your dog becoming infected with lyme disease. You can start by avoiding walking your dog in areas where Ticks are likely to live. Avoid walking your pooch in areas of long grass or during high risk months (from May to September) as it is estimated that 40% of Deer Ticks in the North-central, Pacific coast, northeast and Mid-Atlantic of the United States carry the bacterium that can cause canine lyme disease.

After you have walked your pooch you should examine him very carefully – spread the fur and look for the tiny little critters! As soon as you find one dispose of it – if you are using a tick twister (a very handy little tick removing tool) make sure that you get the whole of the body and head extracted otherwise this can lead to more problems – if in doubt speak to your vet.

There are a variety of vaccines on the market that actually kill any bacterium inside the parasite so that the disease can not be passed on to your pooch. If your dog lives in areas where the disease is prevalent then it would be a good idea to speak to your vet about your pooch being vaccinated (there are some side effects as with most medications – so speak to your vet about the pros and cons of a vaccination).

Alongside vaccines that kill the bacterium inside the Tick there are treatments that actually repel the parasites (so when your dog is walked or let out to play he or she will have some protection).

Some bacteria is ‘good’ and some ‘bad’. When it comes to canine lyme disease we are dealing with bad bacteria. There is a significant difference to bacteria and viruses. For example 25 million viruses will fit on the full stop or period at the end of this sentence as opposed to only 25,000 bacteria. So it is fair to say that bacteria are significantly larger than viruses.

When it comes to bacteria they do not need a host cell to multiply and replicate (as opposed to a virus) and they can live on humans, animals, soil and on plants.

Apart from canine lyme disease what other diseases can Ticks cause?

Ehrlichia canis This tiny microorganism is carried by the fairly common brown dog tick. This can lead to ehrlichiosis (which can affect dogs and humans) leading to symptoms ranging from arthritis, anemia, weight loss to hemorrhages.

Rickettsia rickettsii This is another very small microorganism that is transmitted by the American Wood Tick, The Lone Star Tick and the American Dog Tick. Leading to Rocky Mountain spotted fever expect to see a variety of symptoms in your pooch including rashes, joint pain and muscle aches and pains (just like with canine lyme disease and Ehrlichia canis it can affect both dogs and humans).

1. Although many dogs will not show any symptoms at all once infected some dogs will experience serious kidney problems.

2. For a dog to become infected with Lyme disease the tick needs to have been attached to the dog for at least 48 hours.

3. Deer ticks are very difficult to spot due to their tiny size. If you do happen to notice that a tick has attached itself to your pooch make sure that you use tweezers or a tick twister so that all of the head is removed. Although ticks can become attached to any area on the dog, if the parasite is attached near the eye it should be removed quickly to avoid any potential eye infection.

4. Lyme disease is classed as ‘zoonotic’. This means that the disease can be transmitted to humans as well as dogs. If a human does become infected the symptoms are very similar to flu.

5. Although the condition can be treated with antibiotics a dog affected by the condition may sustain permanent damage to the joints. You can also prevent your dog from becoming infected by the disease by requesting a vaccination from your vet. The vaccine actually kills the bacterium inside of the tick so that it can’t be transmitted to your dog.

7. Although there are vaccinations against Lyme disease you can also reduce the risks of your dog becoming infected by doing some of the following…

– Try not to let your garbage build up as this can encourage pests (that carry the ticks that are infected with Lyme disease) such as mice, rats, skunks, raccoons and deer.

– Keep the grass cut short as high grass is a great place for the ticks to attach themselves and wait for a host.

– You can purchase topical treatments that can be smothered on your dog’s skin to deter any ticks. You can also put insecticide on the lawn but we prefer not to use these as they can contain nasty and potentially harmful ingredients.

8. The Deer tick that carries Lyme disease is actually capable of giving birth to as many as 2,000 eggs. The tick life cycle consists of four stages, egg, larva, nymph and then adult.

9. Deer ticks are tiny – in fact they are about the same size as the head of a pin, so pretty small! There are many different types of ticks including the American dog tick, Brown dog tick, Lone star, Gulf coast and the Rocky mountain wood tick. All of which can be potentially harmful to your dog or puppy.

10. A really clever method that is now used to kill deer ticks is through the use of Damminix tubes filled with cotton wool. The tubes are left out for mice or rodents to collect and use the permethrin treated wool to build their nests. The ticks are then exposed to the permethrin killing them but leaving the mouse or rodent unharmed.