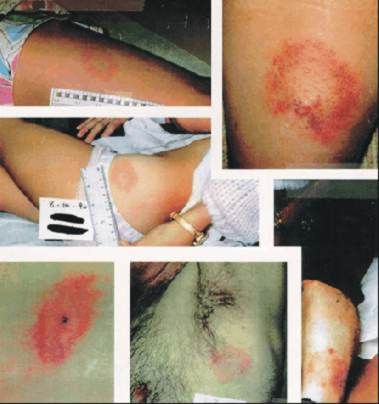 The first symptoms of lyme disease needs treatment fast before later symptoms occur and the infection becomes chronic. A question we are constantly asked is….

The answer to this is NO, and on this page you will discover more answers including what tick causes lyme disease in you & your canine how to cure it with medications & alternative treatments.

Your canine may show the following signs…