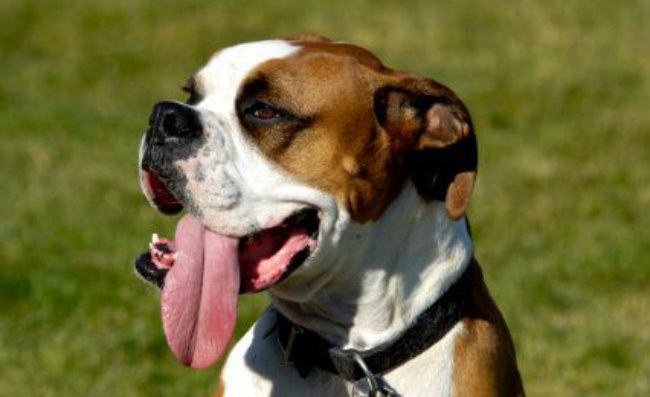 Puppy games are a great way for you and your puppy to form a solid and strong relationship and is vital to your puppy’s development.

Playing with your puppy on a regular basis will also enhance the obedience training we have already covered.

Playing puppy games help to reinforce that you are a source of entertainment and fun which will undoubtedly increase your puppy’s confidence and will lead to a well balanced and well socialized puppy and eventually adult dog.

Playing with your puppy also helps to overcome the fear of the unknown and will divert your puppy’s attention away from things that may have previously scared him.

Playing games also helps to stimulate all of your puppy’s senses and burn off those extra calories-crucial to a young puppy full of beans!

Remember you are in charge-remain top dog!

Puppies in the wild will play fight with each other to help establish their dominance and hierarchy within the pack.

Consequently, it is very important that any game you initiate with your puppy must result in you always winning the toy or whatever you are playing with. This helps to teach your puppy that you are boss and the pack leader.

It will also teach your puppy that to remain in favor with you and keep his place in the pack he should behave in a manner that is within the boundaries that you have set i.e YOU are the pack leader and alpha male and he is a member of YOUR pack.

You need to remember that when you are playing with your puppy you are not playing dog on dog games but human on dog games.

With this in mind don’t ever play any games with your puppy that uses teeth. Don’t directly push, scuff or allow your puppy to bite your hand or clothes as all of these activities are teaching your puppy that it is ok for him to use his teeth.

Although it may seem quite harmless at this early stage any rough playing with your puppy is setting a pattern of behavior that may become a serious problem as he gets older.

If your puppy’s teeth touch your skin at any point during the game – stop immediately so that your puppy knows that this is not acceptable and his fun is over for the day-this will help train him for the next time you play.

We don’t personally recommend ‘tug of war’ as a game as it is training your puppy that it is ok to use his teeth.

However, some trainers feel that it is ok if you set the boundaries. We have listed it here so that if you choose to play it, you can learn and understand how to play it properly and responsibly.
As previously mentioned ‘tug of war’ comes with a health warning but it is a game that is still enjoyed by many puppies.

When playing this game it is important that you always win the toy that you are playing with or at least win it more times than your puppy.

If you allow your puppy to win the game too many times he will think that he is stronger than you and will start to challenge your authority.

When playing this game you should never pull the toy too hard or lift him off the ground. If you own a puppy that has some dominance issues or slight behavior problems then you should avoid this game.

This is a great game to get tour puppy’s senses working, especially their amazing sense of smell.

We have used this game many times and my puppies love it.

It’s also a great way to get your puppy searching around his environment and encourages him to put his fears to one side and hunt round for the treasure.

You should start this game by placing treats around the House while your puppy watches you doing it. Give your puppy a command such as ‘go find’ or ‘seek’ but use the same command every-time.

Once your puppy has mastered this simple dog training command and is actively looking for the treat on your command then it is time to place the treats outside in the garden.

‘Treasure hunt’ is a great way to increase your bond and special relationship with your puppy while also engaging his hunting instinct also at the same time you are teaching him puppy obedience training by repeating a command for him to follow. A great all round game!

‘Fetch’
Puppy games-use a toy as a stick can splinter
This is one of the most popular games and has been in existence since we first started domesticating dogs.

Fetch is a natural ability inherent in all gun dogs such as Retrievers but all dog breeds are quite capable of learning it.

You should start this puppy game by throwing a rubber toy so that he sees you do it.

When your puppy has picked up the toy then you should call him back. You will need to give him a command such as ‘drop’ and as soon as he has dropped the toy give him a treat. After a short time phase out the treats and just give him praise.