Beagle chihuahua mix, a complete guide to this mixed breed 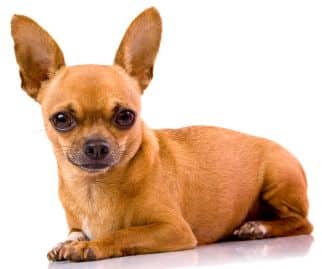 The Beagle Chihuahua mix or ‘Cheagle’ is not surprisingly a cross between a Beagle and Chihuahua. Due to the fact these dogs are the mixture of two breeds you can expect them have mixed characters, this can of course be both good and bad.

– These dogs are dignified and can be very brave – they have a strength of character that you would expect from a much larger breed of dog.

– They can be jealous and are known to be quite protective around members of the family.

– These dogs need and require allot of attention and love.

– The Beagle Chihuahua mix are rather prone to barking and yapping – the sound and tone of the bark depends on which breed your dog has inherited the most characteristics from.

– Chihuahuas are rather prone to cold weather so your Cheagle will need to be kept warm and cosy.

– The good thing about cross breeding is that it manages to weed out any weaknesses that are more common in pure breess. Both breeds are prone to Epilepsy, Tracheal collapse, Glaucoma and Patella problems.

– The Beagle Chihuahua mix like to be walked on a daily basis as they love their exercise and running.

– Beagles are from the Hound family so prefer smelling and sniffing things rather than thinking things through – in comparison Chihuahuas are very intelligent.

– The Beagle Chihuahua mix are happiest around you and the family and are not always best around other dogs, children or strangers.

– Due to their obstinacy Beagles can be difficult to train but Chihuahuas are much easier as they are a little brighter.

– Beagles are from the Hound family so prefer smelling and sniffing things rather than thinking things through – in comparison the Chihuahua is very intelligent.

– You need to be very careful when handling these dogs as they are very small and are also prone to injury if mishandled.

– They are quite obstinate dogs and can be very willful – they don’t like to be teased so are not the best dogs to have around children.

– Beagles do tend to be allot calmer and are also more tolerant so it really depends on which characteristics your dog has inherited.

– Due to their small size they are very portable and make good traveling companions – they normally weigh anywhere from 9-20 pounds.

Some useful facts about Beagles and Chihuahuas… 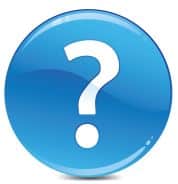 It’s worth knowing a little about both breeds as it is likely that your Beagle Chihuahua mix may inherit traits from both breeds.

1. The Beagle is actually one of the smallest British scent Hounds and their history can be traced right back to William the Conqueror.

2. Many years ago the original Beagle breed were ‘pocket’ sized. In fact they were so small that they were carried in the saddlebags of hunters.

3. This breed are considered alert but friendly and although good with children they can be obstinate. They have a life span of about 13 years.

4. The Chihuahua is accepted as the smallest breed in the World.

5. The Chihuahua originates and derives its name from the Mexican state and is thought to have been exported into the USA in the middle of the 19th century.