Types of Pit Bulls – An informative guide to this wonderful breed 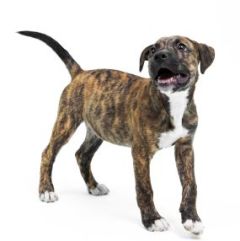 There are lots of types of Pit Bulls including the Red Nose, Blue Nose and Gator. Of course they also come in a variety of different colors including black, red, white, brindle and mixtures of each. Before we go into more detail regarding each type we need to go into a little more detail about this often very misunderstood breed.

So what actually is a Pit Bull…? This breed is a mix between the American Staffordshire Terrier breed and the Pit Terrier and the American Pit Bull Terrier is a mix of two breeds including the Bull Dog and English Terrier. The breed was originally bred for their ability to work on farms with cattle but were also popular as family dogs. Interestingly the breed has it’s roots in England and it is thought that the breed originates from English Terriers. Of course as the breed developed some owners used the breed as fighting dogs (although any form of dog fighting was banned in England in the middle of the 19th century).

The American Pit Bull has a short coat that appears glossy. The tail should never be docked and should remain thin and tapered.

Height, health, weight and life expectancy… The American Pit Bull will normally grow to a height anywhere between fourteen to twenty four inches and can reach a weight of ten to thirty five kg. The life expectancy of this breed is around the age of twelve. This type of Pit Bull can also be prone to hip dysplasia, allergy problems, cataracts and also congenital heart disease.

Temperament… As with most types of Pit Bulls the American Pit Bull is very intelligent and is always keen on pleasing their owner and members of the family. They are not a naturally aggressive dog although they can be problematic to other animals if they are not socialized from an early age. Socialization simply involves introducing your dog to as many different experiences as possible so that they become used to different animals, people, cars, bikes and other dogs etc. This will eventually enable your dog to feel more relaxed around these different experiences.

This breed (as with all the types of Pit Bulls) are very protective of anyone that they consider their owner i.e. you! If they feel at any point that you are under threat they may very well show aggression to the provocateur. If they do show aggressive behavior to another dog then it can involve them attacking the neck and throat area. If your do feel that your dog is not safe around other dogs either due to a lack of training or socialization it should be always kept on a leash (please see our advice on the Dangerous Dogs Act 1991 on the right of this page). The American Pit Bull is also very affectionate, loyal and extremely courageous.

It is very important with all types of Pit Bulls that you as the owner stay ‘top dog’ and ‘pack leader’. The American Pit Bull needs a strong and firm leader. With some dogs you can get away with being weaker but with the Pit Bull this is definatly not the case. To remain the pack leader you should never let your dog through the door before you, never feed your dog on a higher level than you eat, do not let your dog jump up and repeatedly practice basic training commands such as sit, heal, come, fetch and of course the leave it command. 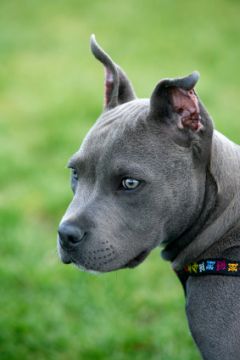 The Blue Nose is an extremely pretty dog with fantastic colorings which is why many people end up paying ‘top dollar’ and premium prices. We would advise you to get your Blue Nose from an animal shelter as not only will this save a dog’s life it will also give a dog a new home. You should be very careful when purchasing this type as you can be easily conned.

It has become quite common to see people walking down the road with this breed (regardless of color) as they somehow feel that it adds to the ‘macho status’. Although the Blue Nose and other colored varieties are loyal to their owners they are also very friendly to other people and also strangers. 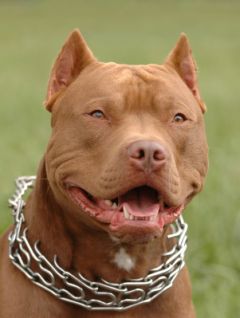 Another type of Pit Bull is known as the Red Nose which unfortunately also suffers from the same mythical status as the Blue Nose which is also reflected in the price that some breeders sell them for.

It is thought that the Red Nose originates from a line of Pit Bulls in Ireland known as the ‘Old Family Rose’. These types of Pit Bulls typically have a red nose, gold colored eyes and a red coat. Unfortunately with some people prepared to pay exorbitant prices for the color of their dog whether its blue or red this will only result in keeping the prices at a premium level.

Gator… Some types of Pit Bulls are popular because of their fictitious reputation. One type referred to as the ‘Gator’ is popular with some owners because of this reputation. We firstly want to state that we hate the term ‘Gator’ and are only using it for the benefit of ease for you our readers so you know exactly which variety we are talking about. There are rumors that the Gator Pit bull got it’s name because it is good at fighting (what a horrible thought). Alongside this theory is that some despicable people who enjoy watching and taking part in dog fighting purchase this variety because the Gator will fight to the death.

The Gator Pit bull bloodline has become so watered down over the years that some people are purchasing them thinking that they have purchased a true Gator when in fact the breeder has been misrepresented and their dog has no link to the Gator bloodline. It is a sad fact that some people view owning a Gator as something that adds to their prestige (not everyone falls into this category) and more often than not their dog ends up in a dog shelter.

One of our favorite types of Pit Bulls is the red colored Pit Bull which has a truly amazing coat and fawn colored eyes. It is thought by owners that this variety make good family pets as they are very sociable and love the social interaction gained from being part of a family. It is a good idea that if you want two dog’s purchase two puppies together so that they can grow up together – if you introduce another dog to your ‘Red’ later in his life you can expect problems. You should also start obedience training with your Red Pit Bull straight away as they are a powerful breed and very strong so you will need to establish yourself as the alpha male and pack leader from the beginning. 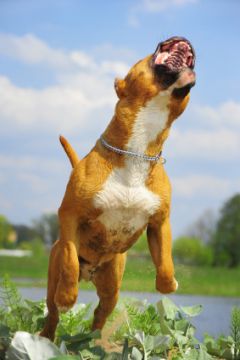 Unfortunately due to bad press and poor media representation this breed have developed a bad name which is actually quite unfair. Below are some tips you can follow if you choose to own this breed.

1. This breed can be very stubborn so you will need to be a strong pack leader and be consistent when obedience training.

2. This breed are often purchased as people think that they make good guard dogs. This is actually a myth as Pit Bulls are actually very friendly with strangers.

3. As previously mentioned although they don’t often show aggressive behavior towards humans they can be unpredictable around other animals.

4. Make sure that you start socialization as early as possible especially with other dogs. If you haven’t introduced your dog to other dogs don’t expect your dog to behave.

5. You should supervise your dog at all times and never leave your dog unsupervised with children and other members of the family.

6. This breed are not only strong but they are also capable of jumping very high. Consequently you will need to have a tall fence round the yard – a four or five foot fence is too low – you will need a fence at least six feet high.

Anyway we hope you found our guide to the different types of Pit Bulls useful. Why not take a look on the right to see some interesting facts about this great breed.