A useful guide to common neurological disorders in dogs and puppies. 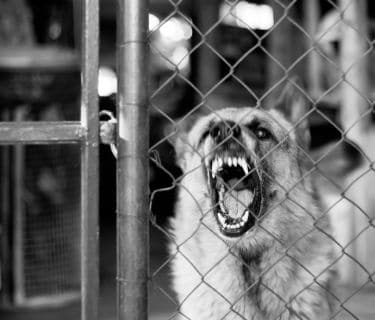 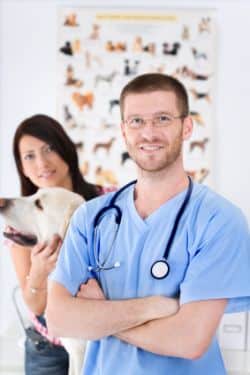 When your beloved pooch starts to develop a neurological disorder it can be extremely upsetting (both for the owner and the dog).

To give you a brief overview we have provided a short list of the most common neurological problems seen in dogs and puppies.

Rabies – This disease is one of the more serious illnesses that a dog (or human) can suffer from and is one of the more upsetting neurological disorders (to witness as an owner). The disease is transmitted via saliva and can be fatal. The incubation period for the disease can vary with the symptoms sometimes taking several months to appear. Due to the fact that most bites which transfer the saliva and disease occur around the head and facial area the disease can affect the brain quite quickly – with incubation being as short as 2-3 weeks.

Causes – As previously mentioned the disease is normally transmitted via a bite. The infected saliva carrying the Rabies virus will then travel via the nerves in your dogs body and then directly to the brain. The virus will then return through the nervous system again and start affecting the glands and other organs within the body.

Symptoms – The signs and symptoms of Rabies depend on the form that your dog is infected with as there are two types – Dumb and Furious. Both types will lead to massive personality changes in your dog. If for example your dog is quite aggressive without being infected – after infection he may become affectionate and want to be around humans. If however your dog is quite quiet before infection after he is infected he may become furious, savage and very unpredictable.

Other symptoms can include…

1. An inability to control the facial muscles with the facial expressions changing.

2. You may notice that your dog is salivating and drooling massively.

3. Alongside the salivating the jaw will be fixed (paralyzed) with the eyes staring in a fixed manner. Dogs with rabies can also shy away from bright lights.

Do NOT approach a dog if you fear it has Rabies – they are VERY dangerous.

4. Paralysis, coma and death will normally occur approximately 15 days after the first signs and symptoms of the disease have been exhibited.

Acquired Myasthenia Gravis – This nasty disease is classed as a Autoimmune condition (disease) – basically this means that the immune system actually turns on itself  and starts attacking it’s own immune system. The cause of this disease is due to the neurons and interconnecting muscles being damaged – which will then lead to…

3. The muscles in the eyes may also be affected

4. The muscles in the face may become affected which will cause changes to your dog’s facial expressions.

5. You may also notice that there are some changes in your dogs voice.

6. Problems with the esophagus can also occur which will then lead to a difficulty in swallowing.

7. This is another of those canine neurological disorders that can be congenital and affect certain breeds including, Dachshunds (Miniature), and Springer Spaniels (all types of this breed), Fox Terriers (smooth variety) and Jack Russells.

Canine Vestibular Disease – This is another of those neurological disorders that is a serious issue if it affects your dog (as is any illness). Canine Vestibular disease has very similar symptoms to the symptoms of a Stroke.

Causes – The main causes of Canine Vestibular disease include congenital factors – this is when it is transmitted to the puppy before it is even born. The most common age for dogs to be affected by this disease is when they are middle aged or older (around 13 years of age).

Another cause of the disease is through tick bites causing a nasty infection known as Rocky Mountain Fever. It can also be caused by lesions affecting (on) the brain. If your dog has recently suffered an ear infection (middle ear infection) this has also been known to cause the disease.

The symptoms of Canine Vestibular disease can include…

1. Coordination problems – this can include your dog walking around in circles.

2. Watch for problems with your dog’s face. The disease is known to cause your dog to have problems being able to control the muscles in his face/head.

3. Watch for sickness in your dog – motion sickness is another symptom of the disease.

4. The nervous system is also affected by the disease sometimes causing a dog’s eyes to roll backwards and forwards in the socket – this is called Nystagmus.

Epilepsy – This condition is actually more common in dogs and puppies than you might think. Epilepsy normally starts when your puppy is very young (as early as 2 years of age). Fortunately Epilepsy can be controlled quite well with appropriate medication – so your puppy is quite capable (even with the illness) of living a full and active life.

Pre-Ictal Phase – this is just before the seizure starts – you may notice that your dog has sudden behavior changes.

Ictal Phase – This is when the seizure starts – your dog’s muscles may go into an uncontrollable condition that leaves their legs straight and stiff – your dog may also be paralyzed when suffering the seizure. The seizure may last anywhere from several seconds to a few minutes. Your dog may lose control of his bowels during the seizure and may also salivate.

Post-Ictal Phase – This is the period after the seizure has ended.

Degenerative Myelopathy – This disease is also referred to as Chronic Degenerative Radiculomyelopathy. This illness normally affects dogs between the age of 7 and 14.

The main cause of the disease is thought to be due to the sheath that surrounds the neurons in the spinal chord being attacked by the immune system which leads to a progressive and degenerative loss of coordination in the back legs (Ataxia) and eventually paralysis. Basically the brain and the back legs stop communicating effectively.

Below are some of the symptoms that you should look out for.

1. Dogs with this disease will often stand with their back legs very close together with the feet also pointing in different directions due to the lack of coordination.

2. Your dog may appear to stagger when he walks around the House or when outside.

3. You may notice that your dog is actually not capable of walking as the disease progresses – this may leave your dog trying to drag his feet along the floor – causing problems with the paws and nails.

4, As the disease continues to progress your dog’s back legs may become completely paralyzed.

5. Balance will be affected.

6. You may notice that your dog is unable to control his bladder and/or bowels.

7. The disease can progress quite quickly (in months) or it can take a few years.

8. Eventually the nerves in the cranium and respiratory system will be affected which will lead to you making the very upsetting decision to have your dog put to sleep.

9. Follow your Vets advice throughout the disease as you don’t want your dog to suffer any more than you would want to suffer. All canine neurological disorders progress at different speeds but will always need you to be alert when watching for changes in your dog’s behavior.

CDS – Cognitive Dysfunction Syndrome – This refers to dementia (as dogs can get this degenerative disease too). Always watch for sudden behavior changes in your dog as this is normally a good indication that something untoward may be happening.

The signs and symptoms of CDS can include the following…

1. Your dog may not respond to you when he is called.

2. Watch for signs of disorientation.

3. Does your dog seem confused and even walk around in circles?

4. Watch for changes in your dog’s personality – normally you as the owner will be the first to notice any things that ‘just don’t seem right’ about your beloved pooch.

5. Memory loss is another symptom.

Parkinsons – This is one of those canine neurological disorders that many owners don’t realize can actually affect dogs as well as humans with very similar signs and symptoms. This disease is hereditary and will normally affect younger dogs.

The signs and symptoms of Parkinsons in dogs can include…

2. Your dog may suffer from the onset of tremors

4. Problems walking and a difficulty in balancing area common symptom.

Due to the livers failure to work properly these toxins eventually build up in your dog’s blood stream leading to Hepatic Encephalopathy. This disease can be treated but if it is left to progress it can lead to….

4. It can even be fatal if not treated.

Distemper – This is another of those nasty neurological disorders. However, Distemper is actually a virus which can be transmitted from dog to dog normally by your dog inhaling particles which have been infected by the discharges from another dog that is carrying the disease. The incubation period for the disease is anywhere from 7-21 days.

4. Eyes that have become reddened

7. Your dog may also make a noise when he breaths

9. Vomiting Later symptoms (normally after a few weeks) of Distemper may include…nervous twitches, fits and paralysis. The pads on the nose may also become thickened.

Strokes – This is a problem that can cause quite severe behavioral changes in your dog. The symptoms of a stroke can also leave your dog with mobility problems too. There are two types of Strokes – one which is caused by hemorrhaging in the brain and the other which is caused by a blocked artery which blocks blood flow to the brain.

The major symptoms of a stroke can include the following…

– Your dog may find it difficult to balance.

– You may notice that your dog becomes more tired and seems lethargic.

– Watch your dog when he eats – by supervising your dog closely you may notice that she eats out of one side of the bowl – this a common symptom of a stroke.

– You may notice that your dog has difficulty seeing and may even become blind through having a stroke.

– Try calling your dog – this is important – if you suspect your dog has had a stroke watch for his reaction when he is called.

– A symptom of suffering a stroke can sometimes lead to dog’s turning the wrong way when their name is called.

– Watch how your dog holds her head – tilting of the head is another symptom of a stroke.

– Of course sudden behavior changes should always be explored by the owner to make sure that they are not caused by an illness that has yet to be diagnosed.

– Sudden changes in behavior is another symptom of your dog having suffered a stroke.

However, all neurological disorders such as a stroke may be caused by another non-diagnosed illness. As we have previously mentioned please do not use the information as a diagnostic tool – if you have any concerns you should always speak to your vet for expert advice.

Have a look on the right of the page for some useful links (for more useful information on neurological disorders in dogs.

Take a look at some of the useful videos and links below, for more information on neurological disorders in dogs.

The video below provides some useful information on a neurological problem called Syringomyelia.

Hydrocephalus is a particularly unpleasant brain disorder which is often seen in certain breeds including (Chihuahuas, Boston Terriers and Pomeranians).

There is some evidence that congenital hydrocephalus is caused by nutritional problems, toxins and/or infections to unborn puppies.

Meningitis can affect any dog at any age however Idiopathic Meningitis tends to be seen in dogs aged 18 months or younger. Meningitis can be caused by Vasculitis and is sometimes seen in specific breeds such as Beagles, Pointers and Bernese Mountain Dogs.

The symptoms of Meningitis can include neck pain, head tilting and dementia. Other symptoms can include fever, eye problems and respiratory disease.

Meningitis is normally diagnosed by a vet examining the cerebrospinal fluid as the fluid tends to have a high level of white blood cells, protein and elevated pressures.

Treatment for Meningitis tends to involve antibiotics and in some cases corticosteroids.